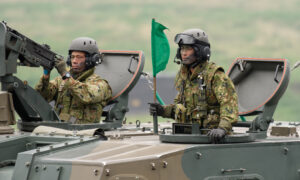 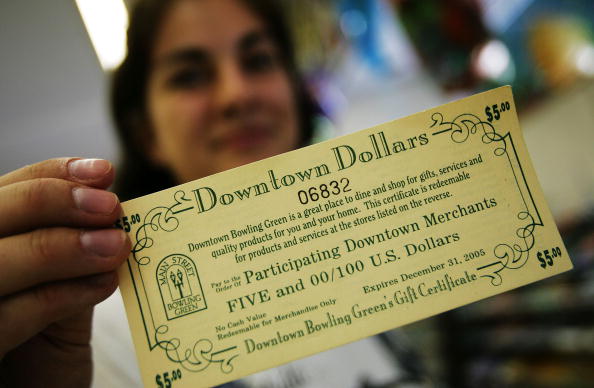 I needed to stay overnight in a hotel in a New Jersey town and had no time for shopping. I pulled up the travel app I use by habit. The first option was perfect. The price was zero dollars. Wait, zero? How can I stay in a nice hotel overnight and pay absolutely nothing for it? It turned out to be true. I stayed, paid nothing, and left.

Can you guess why I didn’t have to pay anything for my stay?

Benefits from the hotel’s loyalty program were applied to what would otherwise have cost $127 plus tax. I had the option not to use my benefits—or “bucks,” as they call them—but I couldn’t pass up the chance for a free hotel stay. Now, my bucks from this particular hotel are depleted, of course, so there is a sense that I did spend money.

Still, the fact for me is real: No dollars changed hands between me and the hotel. I “paid” my accumulated points to the travel app, and the travel app paid the hotel its set fee, with no dollar transaction that affected me.

Now, you can rightly observe that my loyalty points aren’t really money for two reasons: They belong only to me (to my knowledge, they are not transferable), and they are of limited liquidity. I can only use them on terms defined by the app. I can’t take them to the store and buy a basket of groceries. That said, money is fungible. What I didn’t spend that day became money I can use for other purposes.

The experience got me thinking about how many money-like things we use these days. They are all around us actually. Go to the drug store, and you get a print-out that entitles you to future discounts, and some even offer outright cash back on anything you buy. Some grocery stores offer much lower prices if you use a proprietary card. Some benefits accumulate. Then, perhaps most famously, there are miles you get from particular airline programs (you can transfer ownership, but it isn’t easy or cheap).

A question might be: are these considered money? Returning to the most reductionist possible definition offered by Ludwig von Mises–that money is that which makes possible indirect exchange–these do seem to behave a bit like money. They are marketed as money. We think of them as money and use them that way.  As the consumer obtains and uses these loyalty points—things acquired not to consume but to trade for consumable items at a later time—they have the feel of money. However, the attribute of common acceptance isn’t generally present. Without getting overly theoretical or pedantic, let’s just call them money-like things.

This experience got me thinking about loyalty programs in general and the means of exchange that are created by them. When I was growing up, my maternal grandmother had a drawer full of S&H Green Stamps. When I would visit the house, she would take out sticker books and a big pile of these green stamps and ask me to stick the stickers in the books. It was the kind of thing that was fun for kids but drudgery for adults.

My brother and I would work all day on the task. At the end, we would have a big pile of books filled with stamps. My grandmother would be full of glee, and then we would race to the Green Stamp store to spend them. This was a rarified place with home products of various sorts, and all the prices were quoted not in dollars, but rather in stamp books. We would get a toaster or a pillow or a figurine or two, turn in our books and head home.

It was for me an early experience in using money-like things to obtain goods.

Looking at the history of Green Stamps, I shouldn’t be surprised that they got going at the height of the Gilded Age, when mass commercial society as we know it was born into the world. The company Sperry & Hutchinson had the idea of selling its stamps to stores for them to give to customers. Why should a store buy these useless stamps? Because customers will come to value them because they can be traded for goods at S&H stores and in the mail-order catalog, which was as exciting as the internet in the 21st century.

In other words, S&H representatives had to persuade stores that by dealing in these stamps, customers would get hooked on them and choose their store over another. I can totally imagine that this was a tough sell. But eventually, it came to work. It worked so well that the product became a wild craze and finally an American institution by the 1960s, dying out only in the 1980s. Amazing.

What’s also striking is to realize that such loyalty programs go back even much earlier, at the height of the Industrial Revolution, when some merchant stores began to offer little copper tokens that could be exchanged later at the store itself. (Wikipedia has a brief history of loyalty programs.)

As I think about it, when I was a kid, I would collect box tops from cereal to send it for special gifts. In fact, remembering now, my friends and I would trade these box tops.

Think about it. These box tops had no value as consumer goods. They were objectively trash. Subjectively, they were valuable. We valued them because we could trade them for something else. In other words, they functioned as money, at least for us, at least for the limited purpose of getting a disappointing plastic toy in the mail six to eight weeks later.

You can see that the loyalty programs that we take for granted today, along with their money-like points, actually grew up with the rise of modern capitalism itself. Contrary to what you read in the Harvard Business Review, their market worth has been proven through a long history. Repeat business is rewarded with a proprietary and money-like scoring system that can be spent later.

What this history should teach us is that what we call money, at least in an innovative and fast-changing commercial culture, is varied, changing and adaptable, a non-stop stream of entrepreneurial innovation. It’s easy to forget this now that nationalized monetary systems have defined the experience of so many generations. Now, this is changing.

The invention and production of money is a universal product of human experience and continues to be, produced not by the state or social contract but organically within markets themselves.

Every prison has its own money. Many towns in the United States have created local monies. In lucrative markets for illicit goods where dollars are difficult to obtain or launder, other options are sought after constantly. Our online shopping experience is replete with programs that reward us with points to be used as money.

Digital innovation, the globalization of commerce and new applications of creativity to the defining and redefining of what it means to be a “means of exchange” will continue to reshape what we think of as a money-like thing.

Money isn’t just what the government says it is. The market has been struggling to create alternatives for a very long time.

Jeffrey Tucker is editorial director for the American Institute for Economic Research. He is the author of five books, including “Right-Wing Collectivism: The Other Threat to Liberty.” This article was first published on AIER.org

Jeffrey A. Tucker
Follow
Jeffrey Tucker is Editorial Director for the American Institute for Economic Research. He is the author of five books, including "Right-Wing Collectivism: The Other Threat to Liberty." This article was first published on AIER.org.
TOP NEWS