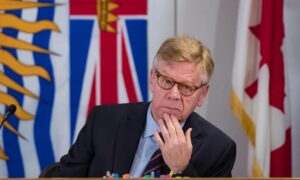 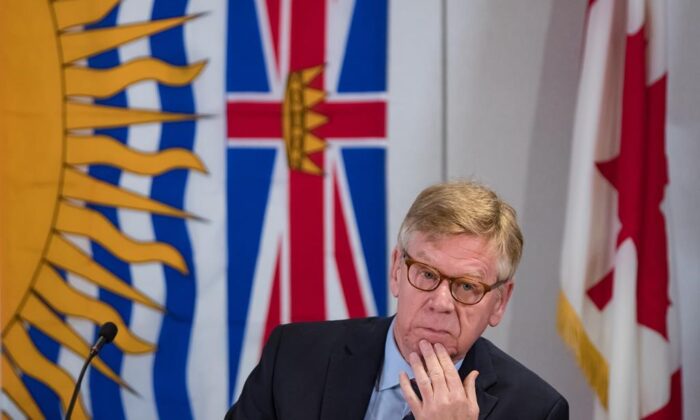 Commissioner Austin Cullen listens to introductions before opening statements at the Cullen Commission of Inquiry into Money Laundering in British Columbia, in Vancouver, on Feb. 24, 2020. (The Canadian Press/Darryl Dyck)
Canada

The hearings were delayed until after Saturday’s B.C. election.

Commissioner Austin Cullen rescheduled the hearings to preserve the independence of the commission and to protect the integrity of the electoral process.

B.C.’s New Democrat government launched the inquiry after reports that illegal cash was helping to fuel the real estate, luxury car, and gambling sectors in the province.

The government also commissioned three reports that said those businesses were hotbeds for dirty money. Attorney General David Eby has said the inquiry will be able to dig deeper because it can compel witnesses to speak.

The inquiry is scheduled to hear this week from former RCMP officers and officials from the British Columbia Lottery Corp.

In February, the B.C. Real Estate Association told the inquiry that it supported the creation of a provincial land registry that identifies those buying property. It has also struck a working group to make anti-money laundering recommendations.

The corporation has also brought in measures to control or prevent the flow of dirty money since 2012, including creating an anti-money laundering unit made up of certified investigators and intelligence analysts.

The Great Canadian Gaming Corp., which owns several B.C. gambling sites, also defended the company’s efforts to limit money laundering, telling the inquiry that criticism of the industry is unfounded.

A coalition of tax fairness groups have told the inquiry that hiding ill-gotten cash behind shell companies is so widespread in Canada it’s known globally as “snow washing.”