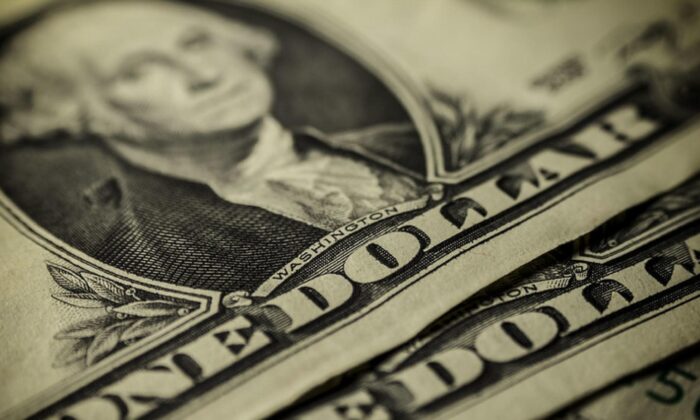 “Fundamentally, debt is a claim on future money but, since money is itself a claim on the real economy, and hence on energy, debt really amounts to a claim on the energy economy of the future. … Energy returns have been declining for a long time, and I believe that growth in the real economy ceased quite some years ago. … The financial ‘shadow’ economy of money and debt has continued to expand, opening up a huge gap between, on the one hand, the economic claims incorporated in the financial system and, on the other, the actual potential of the real economy. What it means is that the financial and real economies can be reconciled only if financial claims (meaning both debt and money) are destroyed on a truly enormous scale.” — Tim Morgan, “Life After Growth”

In defense of the monetarists, they formulated their views based on relationships observed in the first part of the 20th century. This was well before diminishing returns began to significantly raise the Energy Cost of Energy. After the Spindletop gusher, crude oil sold in Texas for 80 cents a barrel in 1902—less than the price of water.

Only within the last couple of decades (since the turn of the 21st century) have we seen the emerging evidence that the economy is an eroding energy system, subject to material constraints.

Think about it: If the economy really were an entirely financial system and economic growth really were determined by the amount of money in circulation, then there would be no upper bound on economic growth, as money can be conjured out of thin air, as daily experience confirms. But it’s contrary to the Second Law of Thermodynamics for any system to be capable of delivering “infinite growth on a finite planet.”

The Second Law of Thermodynamics rules out the possibility of perpetual motion.

As you know, The Second Law of Thermodynamics is a physical law of the dynamics of energy. In one sense, it’s a law of inefficiency about heat and loss in its conversion. It can be stated in various ways, the simplest being that not all heat energy can be converted into work in a cyclic process.

Given any amount of energy generated, some of it will necessarily be dissipated in inefficiency.

You don’t need to read Milton Friedman’s and Anna Schwartz’s magnum opus, “A Monetary History of the United States, 1867–1960” and parse their footnotes to recognize that the claims for monetarism are overstated.

The baleful implications of the Second Law of Thermodynamics make it impossible for economic growth to be determined solely by the amount of money in circulation.

The performance of the real economy is necessarily an expression of the energy system that provides its motive force. In that sense, it’s subject to the material constraints that limit energy inputs.

Among the more prominent of these is “diminishing returns.” This reflects the fact that the richest and easiest-to-access coal and oil deposits tend to be drilled first. As time passes, the early energy assets tend to be exhausted while large and productive new areas become ever harder to identify and exploit.

Simply put, the costs of animating growth tend to escalate while the potential uses of energy proliferate. The tangle of issues this raises has been explored in the multi-decade debate about peak oil.

Peak oil isn’t a brand of petroleum products. Or if it is, it’s only incidentally so. Peak oil is the moment at which extraction of petroleum (in its various forms) exceeds that at any time in the past and begins to permanently decrease.

Past predictions attempting to forecast the moment when peak oil would occur, such as the famous forecast by geologist M. King Hubbert, may have confused rather than clarified the fact that economies across the globe depend on an eroding energy system to advance to greater prosperity in the future.

Among other things, the point at which a rising Energy Cost of Energy throws the economy into what Adam Smith described as the “Declining State” varies according to the amount of energy required to live a “good and healthy life.”

A new Stanford University study compared energy use and quality of life in 140 countries. Researchers found that this magic number in the world on average is 75 gigajoules per capita per year. One gigajoule is equal to about eight gallons of gasoline.

The Escalating Cost of Living

Before you set out to test your ability to live a year on the energy equivalent of 600 gallons of gasoline, permit me to guess that you can’t do it. Not even close.

According to the Stanford research, Americans use 284 gigajoules per capita, nearly four times the average energy used to fuel the good life elsewhere on the globe.

As physical constraints and diminishing returns continue to impinge on the good life in the United States, you can depend on energy use becoming a matter of sumptuary taxation and an increasingly zero-sum game.

The arithmetic sum of prosperity less the cost of essentials as informed in energy terms should alarm any thinking investor. It implies that discretionary consumption is destined to contract in real terms no matter what happens to monetary policy.

As Tim Morgan shrewdly observed in the comment quoted at the top of this article, “What it means is that the financial and real economies can be reconciled only if financial claims (meaning both debt and money) are destroyed on a truly enormous scale.”

This will challenge investors in two ways. The collapse in financial claims will take a toll on investor portfolios. And more.

Bear that in mind as you consider the political dynamic that’s certain to emerge as the margin for acquiring prosperity narrows. As the cost of essentials inevitably climbs in tandem with the surging cost of surplus energy, there will be less scope than ever for regressive taxation, unless it is paired with suspension of welfare state benefits.

The popular alternative will be—you guessed it—higher taxes on the rich. But the productivity of such taxation is in doubt. Many of the investment gains realized by the wealthy are clearly inflated by Quantitative Easing and other expressions of monetary adventurism. It is far from evident that this “wealth” is sufficiently grounded in reality to be converted into cash.

As just one example, the lack of practical alternatives means that, while the political left might advocate imposing ever-greater taxation on ‘the rich,’ such proposals ignore the fact that much of the supposed wealth of the wealthiest is a notional product of market distortion, and can’t be monetized into taxable cash.

We can reasonably infer that there can be no soft landing from a choice between market collapse and soaring inflation, and that the public can’t be expected to go on buying implausible long-term answers to worsening short-term economic hardship.