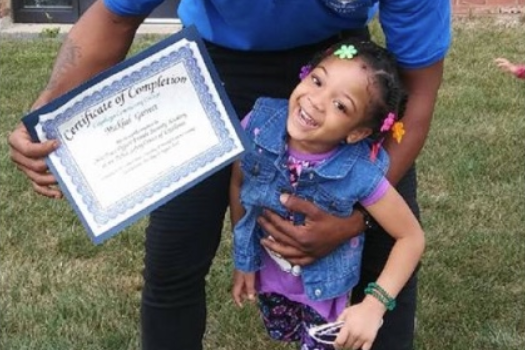 Previous signs of abuse have been revealed in the case of a 4-year-old who died from child abuse in Ohio recently.

Aniya Day-Garrett died from blunt impacts to the head and malnourishment, according to the Cuyahoga County Medical Examiner’s Office.

A police report indicated that despite the parents calling 911 on March 11, the girl had been dead “for some time.”

She only weighed 29 pounds.

Tamika Robinson, the administrative assistant of Aniya’s day care facility, Harbor Crest, told WAFB that she noticed what she believed were signs of abuse in May 2017.

“I was like, Niya, what happened to your face? Oh my God. And she was like, ‘Mommy pushed my face in carpet, but mommy said I fell at the park,'” said Robinson. “Three days later … Niya comes walking in the door. Niya has three lumps in her head with blood clots in them. Niya is bleeding from her ear.”

Robinson called 911 and the child was rushed to the hospital for treatment.

It was there that she told a county Children and Family Services worker that “mommy hits her and hurts her,” according to the police report.

At the day care center, Robinson went through the girl’s file and found similar incidents dating back to 2015, including bruises, scrapes, and even handprints on the child’s body.

The police report cited the files, stating there were 14 reports and of those, eight times Aniya had verbally reported that “mommy hit me” or “mom did it.”

Despite the reports, it appears that no charges had been filed prior to the girl’s death.

Cuyahoga County Children and Family Services said they received three calls regarding the girl last year and opened an investigation but ultimately didn’t find enough evidence to remove the child from the home.

“You killed my [expletive] daughter,” Mickhal Garrett shouted at the couple, reported Fox 8. “You hurt my baby.”

Garrett said he petitioned for custody of his little girl and had tried to warn authorities that she was being abused.

“I did everything in my power to let them know you know that I was a standup dad and that my daughter was being harmed and abused at home and this was an emergency,” Garrett said.

Day and Lewis have been charged with one count of aggravated murder each. They are each being held on a $1 million bond.