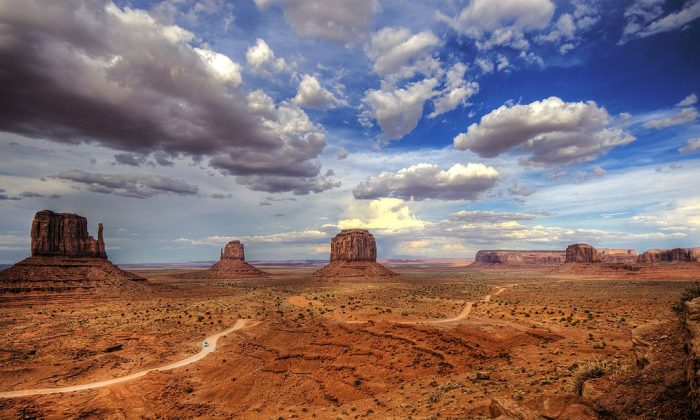 The woman who pushed her 17-month-old daughter into the Arizona desert and left her to die was sentenced on Monday to 20 years in prison.

Attson left her baby girl in the desert in Navajo Nation for four days and nights. She then came back and buried the body in an animal hole, 4029 News reported.

The mother pleaded guilty to second-degree murder in 2016. The judge imposed the low end of the sentencing range outlined in the plea agreement with prosecutors.

Attson’s defense attorney, Ashley Adams, did not return a call from 4029 News for comment.

After burying her daughter, Attson met with her friends for ice cream and posted photos of herself on Facebook, U.S. Attorney’s Office for Arizona said in a statement Tuesday.

Attson’s daughter was born with methamphetamine in her body. The girl was in custody of the tribal social services for most of her life until Attson regained custody two months before murdering the baby.

A spokesman for the U.S. attorney declined to comment regarding the motive of the killing or give more details surrounding the child’s death.

The child’s name remains unknown because of her age. The court documents referred to her as Jane Doe.

The maximum punishment specified in the plea agreement was life in prison. Bernadine Martin, a former chief tribal prosecutor for the Navajo Nation, said she was troubled that Attson only received a 20-year sentence.

The child no doubt was afraid, in physical distress and “needing the one person who is supposed to care for her the most, that being the mother,” said Martin.