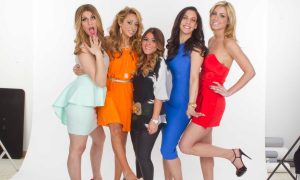 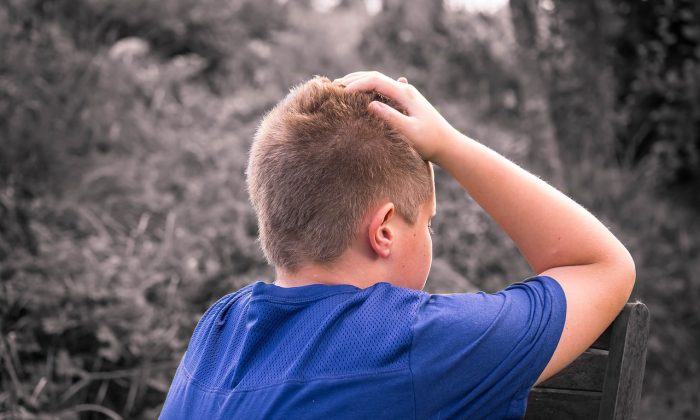 Photo of a boy. (Myriam Zilles/Pixabay)
Crime and Incidents

A South Carolina mother arrested after storming into an elementary school classroom to confront her third-grade son’s alleged bullies is speaking out about the fallout from the incident.

“I don’t regret standing up for my child one bit,” said 34-year-old Jamie Louise Rathburn, speaking to CNN. “I regret the way I did it.”

Rathburn entered Greenbrier Elementary School on May 17 at around 8 a.m. According to an arrest report, she lifted “her finger in a pointing manner,” and circled around “as if making sure all the kids heard her and were listening,” before confronting her son’s classmates as they lined up for class.

“I walked right in that school [and] told those children that bullying wasn’t okay,” she told CNN. “If they wanted to continue then I needed to talk to their mommas because the school wasn’t doing anything.”

Rathburn said her son had endured months of harassment, both verbal and physical, the Daily Mail reported.

She told CNN the bullying continued despite numerous meetings and correspondence with school administrators. She said the frustration of perceived inaction got the better of her and she eventually lost her patience.

“I do owe the staff, parents and students an apology—absolutely,” Rathburn told CNN. “My actions were wrong whether it was for the right reason or not. Putting myself in their shoes, I can understand how anyone would be upset.”

She felt that the #school wasn’t doing enough and decided to take matters into her own hands. #bullying https://t.co/SV5UbjcbEZ

After the incident, Rathburn uploaded a 6-minute, 44-second “video rant” on Facebook (since removed), admitting that she “snuck into the school and confronted kids that she estimated to be nine years old,” according to the Greenville County Sheriff’s Office.

In the clip, Rathburn explained how she wasn’t certain which boy she was looking for, but she wanted them to know that “she was not playing around and that they better stop messing with her kid,” the report added.

Rathburn also created a Facebook group named “Moms over Bullies” following the incident, aiming to shed light on the emotional and psychological impact of bullying.

“I don’t want my child committing suicide or shooting up a school because no one heard his cries,” Rathburn told Yahoo News.

‘Conversation With the Adults in Charge’

“The appropriate reaction to unhappiness with a school response is to have a conversation with the adults in charge,” district communications director Elizabeth Brotherton told CNN. “Ms. Rathburn did not enter the school and confront a specific bully or bullies, she yelled at and threatened dozens of eight and nine-year-old boys and girls because she didn’t know who she was looking for.”

Brotherton told the news outlet that school authorities were aware of the Rathburn’s complaints and had met with her multiple times in the context of the bullying allegations.

She also said the school had stepped up their monitoring of both her son and the alleged bullies and that administrators were in regular communication with Rathburn.

The mother told Greenville News that she was upset that administrators were not forthcoming with details about how the bullies were being punished.

“I’m frustrated with the children’s actions, but at the end of the day I’m angry with the adults involved in this situation because we are the ones with the power to stop this,” Rathburn said.

Brotherton told CNN that school officials were not at liberty to disclose details of actions taken against the alleged bullies due to privacy constraints.

“Absolutely, it was wrong,” Rathburn told Greenville News. “But honestly, I don’t know how I could have gotten my message across any other way.”

Jamie Rathburn apologizes for how she handled her son’s alleged bullies, but she remains frustrated with the Greenville County school system’s answers https://t.co/sQZTfZHDlQ

Rathburn was arrested three days later on a charge of disturbing schools and has since been released on a personal recognizance bond, according to a police report.

Brotherton told CNN a no trespass order has been issued for Rathburn because she entered the school illegally.

She could end up being fined up to $2,000 for the misdemeanor or be sentenced to up to one year behind bars.

Rathburn is expected to make a court appearance next week.

Speaking to the Greenville News, Rathburn apologized for her actions.

“I am absolutely ashamed of myself for the actions of walking up into that school,” she said. “You know, I owe the parents, the children, and the staff an apology for that.”