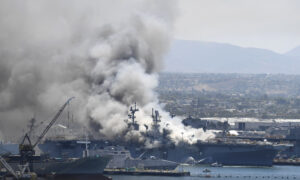 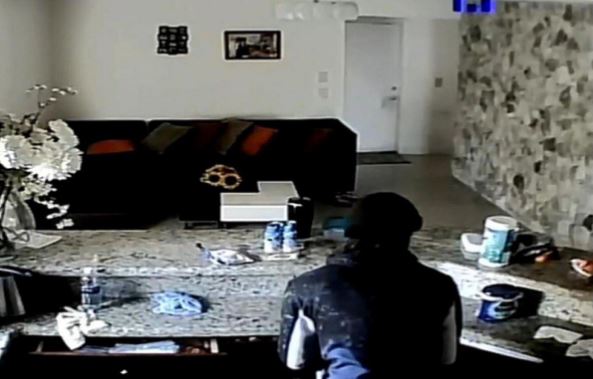 A horrified Florida mother watched on her cellphone as men broke into her home while her son hid from them.

The 13-year-old boy was alone in his home when two men approached the house and knocked.

When no one answered the men smashed a sliding door at the back of the house and started ransacking the home, a spokeswoman for the police department told Local10.

The boy ran into the master bedroom, locked himself in a closet, and called the police.

Meanwhile, the boy’s mother received an alert from her security system and watched live video on her phone.

At one point, the intruders busted the door frame to the master bedroom and entered the room but didn’t realize the boy was in the closet, according to the police report.

The burglars got away before the police arrived.

“Both suspects ransacked the residence before breaking into the master bedroom where Victim #2 was hiding in the closet,” an officer wrote in the report. “Officers arrived on scene within two minutes of being dispatched and established a perimeter around the residence.”

The intruders are described as being black, 16 to 19 years old, standing 5-foot 4 to 5-foot 7, and having thin builds.

It’s not clear what was taken from the house as of yet.