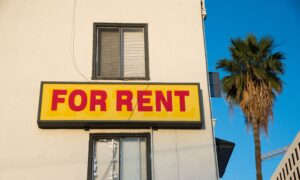 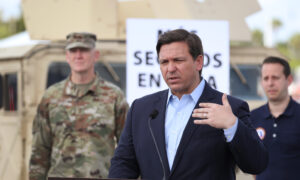 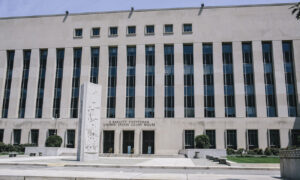 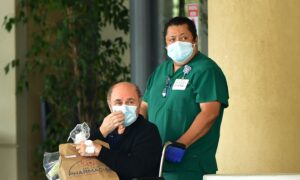 Projected US Deaths From COVID-19 Drop 33,000 in Model Over Two Updates
0
US News

Mom Warns Against Vape Pen After One Explodes, Leaving Son With Broken Jaw

A mother is warning others about the potential dangers of vape pens after her son’s jaw was broken in several places when one exploded in his mouth, according to reports this week.

Mailan Krein, of Louisiana, said that her 21-year-old son, Christopher, began vaping to kick his smoking habit. In August, a vape pen exploded in his face, and he was rushed to the hospital.

Her husband called her and said that “you have to get to ER Oschner. Christopher’s face blew up,” said Krein, Fox8 reported.

“He had an IV in there, the doctor was trying to control the bleeding, there was blood everywhere, and all I could think to ask him was, ‘Do you still have your tongue?’ And he nodded yes,” Krein said. “I couldn’t even look at him because it made me sick to my stomach. That’s my baby,” she told the Fox affiliate.

When he began inhaling from the pen, it was like “a shotgun that went off in his mouth,” said Krein.

“It’s still shocking to me talking about it. I’m visualizing what my son is going through. He has several years to reconstruct his mouth,” said Krein, adding that his hospital bills could total $300,000.

Christopher was using a vape pen called VGod, the report said. The family has now hired a lawyer and started a GoFundMe page. “He is trying to take in as much liquid as he can. He is still in alot of pain as he can feel the stitches pulling. God bless for your love and support,” the family wrote on the page.

“For me, when I saw my son I wanted to die. I wanted to take his pain away from him. It gives me the chills talking about it now. It doesn’t matter if it’s your baby or your oldest … to see something like that happen and then for him to not even talk or swallow, and all that pain going through him, I don’t want any parents to have to go through that,” Krein said.

The Louisiana Vaping Association issued a statement to WTXL about the incident, saying that VGod markets its “devices as being for advanced users.”

“Though instances like this are incredibly infrequent, they are most commonly the result of a corrupted or misused battery; however, without knowing specifics it’s hard to tell what may have happened. One of the key tenets of the Louisiana Vaping Association is education. Member businesses of the association strive to educate customers on the safe use of batteries and vaping devices. We hope to monitor this situation and continue to educate Louisiana vapor businesses and the public to prevent similar incidents in the future,” the statement reads.