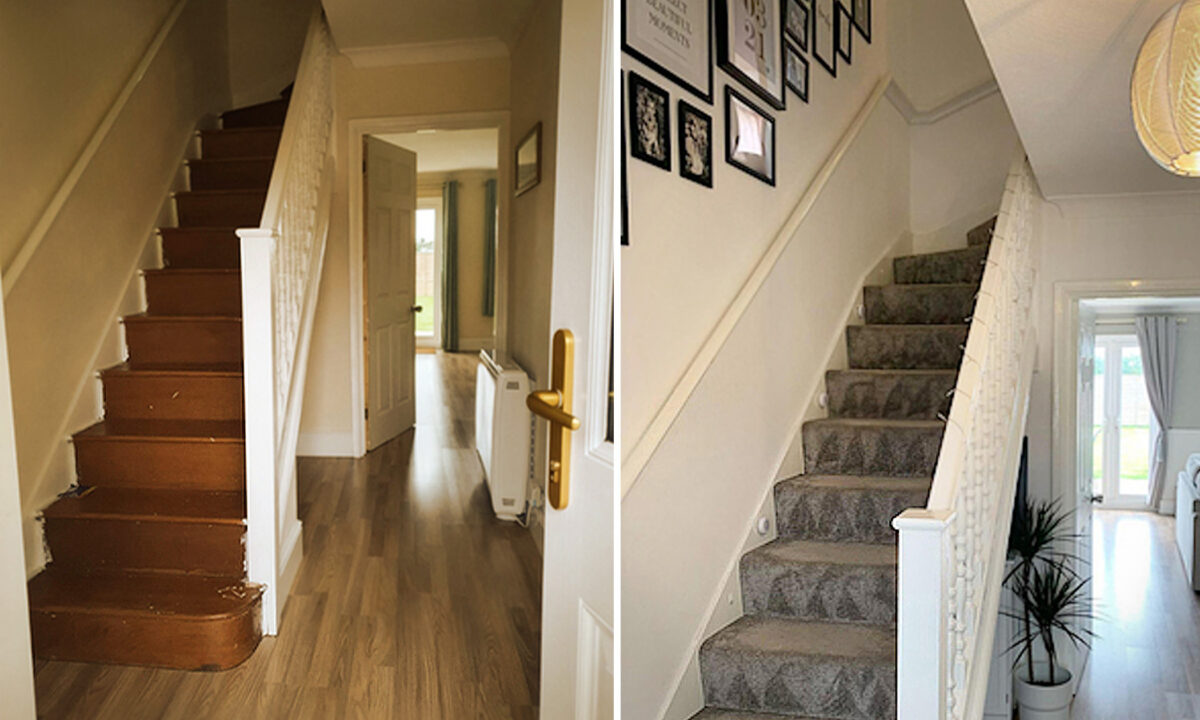 Mom-of-two Charli Jones knows a thing or two about working home renovation magic without breaking the bank—transforming her once plain, but decent, accommodations into a home to be proud of.

In March, Jones, 30, moved into a new rental in Bradfield, Berkshire, in order to be closer to her mom. She considers her abode a “blank canvas” upon which to create her masterpiece, putting her personal touch on an otherwise blasé dwelling space.

Jones managed to imbue three rooms—the kitchen, living room, and bathroom—with a fresh gray look, spending a mere 218 pounds (approx. US$3oo). “I wanted to make it more mine, but on a very tight budget,” she told The Epoch Times. “The home I moved into was beautiful, it had so much potential, it was very plain, the kitchen had cream-and-white-checked council tiles. The living room had magnolia woodchip wallpaper; despite being a lovely house, it just really wasn’t to my taste.”

Tackling the kitchen first, Jones used PVC wall cladding to create a backsplash along with a marble effect, each tile costing just five pounds (US$6.80). She then wrapped over the counter with an adhesive vinyl surface.

Moving on to the living room, Jones ripped down the “horrendous” woodchip wallpaper (which she documented on her Instagram page) and replaced it, doing all the work herself, with a heavy-duty, thick, super fresco wallpaper, before adding a dado rail around the whole room.

Then she painted the top half of the space with a cheaper Valspar paint color matched to the more luxurious Farrow and Ball to save a few extra pounds.

After conquering the kitchen and living room, Jones forged into the bathroom confidently. “Having previous experience using tile, I knew if it was done it would have a good finish,” she told The Epoch Times. “So, I prepared the tiles and painted them all with special paint for areas of high moisture.”

Revamping the loo cost Jones nothing, as she already had paint and primer from her previous house reno.

Besides these three rooms, Jones also decided to replace the hallway carpet, which set her back an additional 270 pounds (approx. US$370). “It had to be done as the stairs were very noisy without it,” she told The Sun. “It was my biggest expense but I did save a little by getting a family friend to fit it so I just had to pay for the carpet itself.”

Her last home—also a rental—she managed to fix up on a 700-pound (US$950) budget, which is worth summing up:

Starting with the bedroom, Jones updated the wallpaper and got new furniture from eBay, bidding the highest on a bed for 50 pounds (US$68).

Turning to the living room, she switched up the black wallpaper for a lighter gray to make the space feel more open, and sold her dark furniture to be replaced with secondhand white pieces and a gray sofa.

Now, Jones can live in her new abode for as long as she wants and can do with it whatever she likes—within reason. She added, “I remember thinking that the house was lovely, but I saw so much potential in this one and knew I had to work my magic once again.” 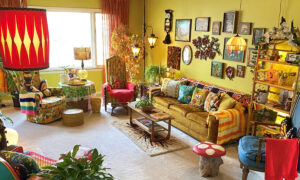 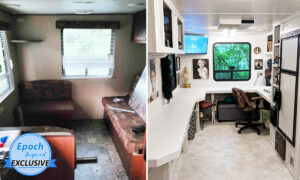 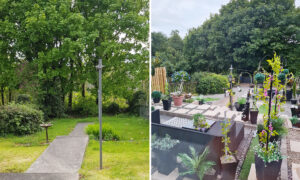 InspiredBy Epoch Inspired Staff
Thrifty Mom Saves $8,000 Transforming a Bland Garden Into a Beautiful Haven All by Herself
01-8-2022
sharecomments 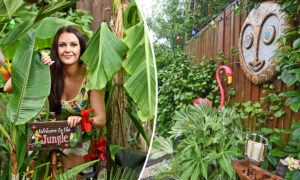