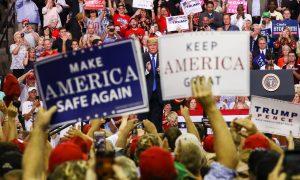 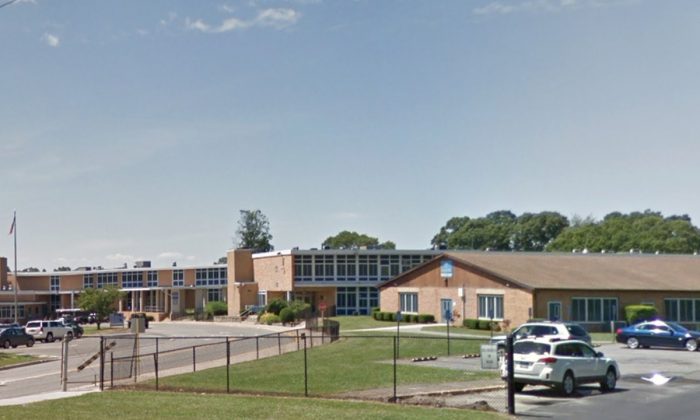 Mom Says Daughter Not Allowed to Use Trump as Her Hero for School Project: Report

A New York mother claims that her 11-year-old daughter was not allowed to use President Trump as her hero for a class assignment.

Bella Moscato, a sixth-grader at the Samoset Middle School in Ronkonkoma, chose Trump as her choice for the hero project at school. But her teacher told her to pick another hero and said Trump “spreads negativity and says bad stuff about women” in front of another teacher and the class, News 12 Long Island reported.

The mother says the school tried to silence her daughter.

Valerie Moscato, Bella’s mother, was outraged and told the news outlet that what the teacher did amounts to intimidation and censorship.

“This was really frustrating to me because, you know, my daughter has every right to pick a hero of her choice. It’s first amendment right, freedom of speech, freedom of expression. So it was really upsetting to me that she was trying to shut her down,” she said.

In a document about the class assignment obtained by News 12 Long Island, Bella explained why she chose Trump as her hero when answering the question of “What positive contribution has this person made to society?”

“Donald Trump has helped millions of people by creating a great economy. He is fighting every day to protect the people from drugs crossing the border,” she wrote.

An 11-year-old girl named Bella Moscato was not allowed to have President Donald Trump as her hero for a class assignment.

Teachers should do their jobs and teach students instead of pushing their political opinions on them.

Bella’s father, Arthur Moscato, turned on the school district board during a meeting.

“My daughter’s hero is the president of our country. I can’t believe that anybody in the school would tell my daughter that that guy can’t be her hero,” he said as the audience burst into applause.

“It is not accurate that this student was told that they were not allowed to conduct research or report on any individual for a school assignment, including President Trump. To the best of our knowledge, by choice the student is still conducting their project on President Trump,” Sachem Central School District Superintendent Kenneth Graham said in a statement after the incident.

However, Arthur Moscato was not satisfied with Graham’s statement and scolded Graham for not protecting his daughter.

“My story was said to be inaccurate by you. My story is not inaccurate. My daughter didn’t lie. No one should make a child feel that way, and you’re supposed to protect my child,” he said in the school district board meeting.

More parents need to stand up to the biggest bullies of them all—Leftist educrats who try to intimidate conservatives into silence. No more! https://t.co/MDBVlaGrrY

Some Trump supporters were outraged by Bella’s story.

“More parents need to stand up to the biggest bullies of them all—Leftist educrats who try to intimidate conservatives into silence. No more!” Laura Ingraham, a conservative television and radio talk show host, said in a Twitter post which got more than 12,500 likes and 5,000 retweets at the time of this publication.

Ronkonkoma, about 50 miles from Manhattan, is located in Suffolk County, where the notorious MS-13 gang has been operating for decades.

According to Newsday, 4 of the homicides that occurred in Suffolk County and neighboring Nassau County in 2018 appeared to be connected to MS-13, down from 14 in 2017.