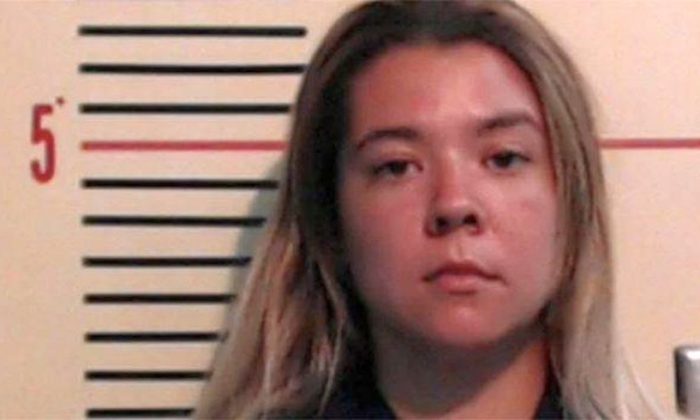 Cynthia Randolph was charged after she left her two children in the car. They died hours later. (Reuters)
US

A Texas woman is facing life behind bars for leaving her two young children in a hot car to “teach them a lesson.”

Her 2-year-old and 16-month-old both died, which happened as Cynthia Marie Randolph, 25, slept and smoked marijuana. She later told criminal investigators that she was inside her Fort Worth-area home folding laundry and watching TV while the children were playing on the back porch.

She was charged with causing serious bodily injury to a child and faces life in prison if convicted, Yahoo reported.

Randolph was arrested in June after her two toddlers—Cavanaugh Ramirez, 1, and Juliet Ramirez, 2—were found unresponsive inside a locked car as temperatures soared to around 100 degrees Fahrenheit, Fox4 reported.

An autopsy report that was released earlier this year ruled their deaths as homicides.

Randolph first said that they were only inside the car for an hour as she folded laundry. But, according to media reports quoting officials, she changed her story several times.

Randolph, according to police, then admitted that she left the children inside the hot car to “teach them a lesson.”

She told investigators that she thought her daughter, who was 2 years old, would be able to get out of the car when they were ready to get out, the New York Post reported.