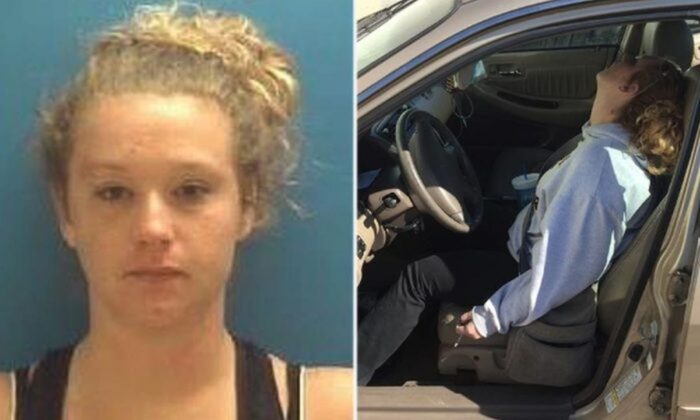 An Indiana woman who went viral after a police photo showed her in the midst of a heroin overdose—with a syringe in hand—said she has been sober for three years.

Erika Hurt, who was revived with Narcan, said the photo was a significant moment in her life, serving as a call for her to get clean.

She issued a statement via Facebook page The Addict’s Diary on Saturday, saying, “Millions saw me overdose after a photo taken of me by a police officer went viral. None of those people have seemed to have time to reach out and check on me, so here is an update: Today I celebrated three years clean and my son gets to have his mommy back. How about you make THAT go viral!”

The Facebook page posted a new photo of her and her son.

Earlier in October, she also wrote about being sober for three years since the police photo went viral.

“You guysssss!! Today marks THREE ENTIRE YEARS of sobriety for me! Y’all already know, but allow me to recap,” she wrote on Oct. 22 on Facebook. “Three years ago I was receiving Narcan to bring me back to life after I had overdosed on heroin; all while my son, my mom and her wife stood and watched. While those are such emotional moments for my family to recall, that’s really not what is MOST important today. What is really important today, is the fact that Narcan saved my life! Narcan kept me alive until I wanted to live! While I can admit that my son was unfortunately NOT enough to keep me sober then, he is my motivation today.”

Hurt also held a picture that said, “Narcan saved my life,” referring to the opioid-reversal drug commonly used by police and first responders.

After she was sober for a year, Hurt said, “They exposed me and my addiction to the whole world. I thought it was terrible.”

The first photograph was taken in the town of Hope, by a police officer on Oct 22. 2016, just before medics revived Hurt from her near-fatal heroin overdose with a shot of Narcan. Hope Town Marshal Matt Tallent, released the image to local media.

Hurt had been taken to a hospital and then onto Bartholomew County Jail, according to reports at the time.

Hope Town Marshal Matt Tallent released the photo to the public, but he later said that he didn’t want to embarrass her.

China is the “largest source” of illicit fentanyl in the United States, a November 2018 report by the U.S.-China Economic and Security Review Commission stated. That same commission said that since its 2017 report, they found no “substantive curtailment” of fentanyl flows from China to the United States. They also noted that in “large part, these flows persist due to weak regulations governing pharmaceutical and chemical production in China.”

Jeff Nyquist, an author and researcher of Chinese and Russian strategy, said China is using fentanyl as a “very effective tool.”