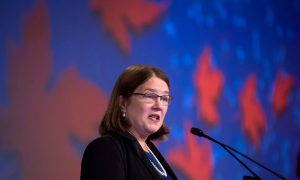 A 22-month-year-old Alabama boy was found confined inside a closet at a daycare center, leading to the arrests of three people.

Sydney Zimmerman said she arrived early at the daycare, which was being operated out of someone’s home. She saw that her son, Slade, was strapped inside a car seat inside a dark closet, WTVY reported.

“She discovered it from going to the facility and picking up the kid unexpectedly,” said Capt. Van Jackson, a spokesman for the Lee County Sheriff’s Office, Oanow.com reported.

Three Alabama day care workers have been charged with child endangerment after a child’s mother found her son strapped into a car seat and closed up in a dark closet, authorities said.

Zimmerman “arrived at the residence an hour early to pick up her son,” the police incident report stated. And then, the caretakers “greeted (Zimmerman) but seemed to question why (she) was at the residence so early.”

The mother then got suspicious and questioned the women, asking them where her baby was located. Then, one of them led her to a room before she saw the child strapped to the car seat.

Three people were arrested: 45-year-old Cynthia Duman, 66-year-old Mary Parette, and 26-year-old Jennifer Parette, Lee County Sheriff Jay Jones told WTVM. They were charged with one count of endangering the welfare of a child. They were released on bond.

The child's mother found her son strapped into a car seat and closed up in a dark closet.

Of the incident, Zimmerman said, “It was pure anger and disgust and hurt. I mean, just looking at him when he’s crying, red-faced and crying, and he’s in a car seat in a closet, and the first thing he says when he sees me is, ‘Mama.’ It’s just… I mean, words can’t hardly describe it.”

According to the incident report, the women also allegedly “stated that sometimes, he was not able to go to sleep. Therefore, they place him in the closet.”

Police said the offense is a Class A misdemeanor.

“Certainly, placing a 22-month-old, 21-month-old child in car seat in a dark closet, which had a lack of ventilation, that’s of grave concern to us as it should be to anyone,” Sheriff Jones told WRBL.

A case manager with the Child Care Resource Center said that daycares have to be licensed through the state and have a business license.

Parents, the worker, said should do research before leaving their kids at any daycare. She advises that parents ask whether the daycare is licensed and ask about the daycare operator’s past experience.

MUGSHOTS: Here are the 3 people who were arrested after a child was found in the closet at a Phenix City daycare >>> http://bit.ly/2tHwcvm

“Every year more than 3.6 million referrals are made to child protection agencies involving more than 6.6 million children (a referral can include multiple children),” according to Childhelp’s website.