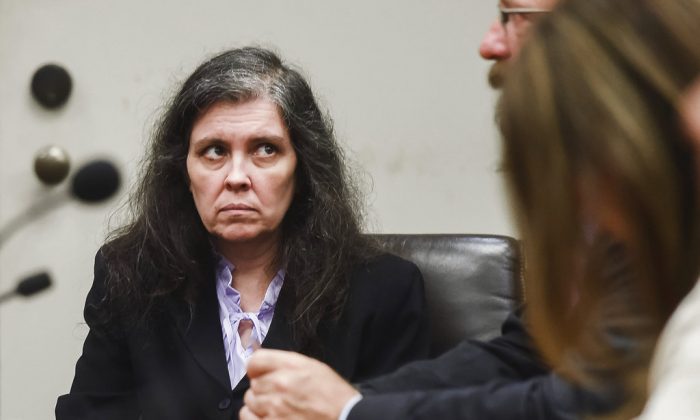 RIVERSIDE, Calif.—A Southern California judge on Oct. 5, denied a request by a woman charged with the torture and abuse of most of her 13 children to be considered for a mental health diversion program, authorities said.

Louise Turpin’s attorney, Jeff Moore, made the request during a court appearance in Riverside, arguing his client had been diagnosed with histrionic personality disorder, the Riverside County District Attorney’s office said in a statement.

Histrionic personality disorder is “a pattern of excessive emotion and attention seeking,” according to the American Psychiatric Association’s website. A person with this disorder may be uncomfortable when not the center of attention or display rapidly shifting or exaggerated emotions, the site said.

The judge denied the request and found Turpin “posed an unreasonable risk to the public,” the statement said.

A message left for Moore was not immediately returned.

Turpin and her husband David Turpin are charged with the longtime abuse and torture of 12 of their 13 children. The couple was arrested in January when their 17-year-old daughter escaped from the family’s Perris home and called 911.

Authorities said some of the girl’s siblings had been shackled to their beds. The children, who ranged in age from 2 to 29, were severely underweight and hadn’t bathed for months and the house reeked of human waste.

The Turpins have pleaded not guilty. They are being held on $12 million bail each and are due back in court Nov. 30.

In California, a diversion program lets defendants put their criminal cases on hold so they can seek mental health services, and could lead to the dismissal of criminal charges, according to the district attorney’s office.

Prosecutors opposed the request for Louise Turpin, and no request was made for David Turpin, said John Hall, a spokesman for the district attorney’s office.

Hall said he could not confirm whether Turpin had been diagnosed with histrionic personality disorder.