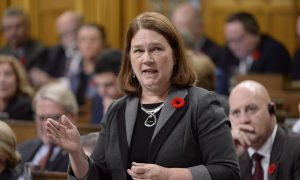 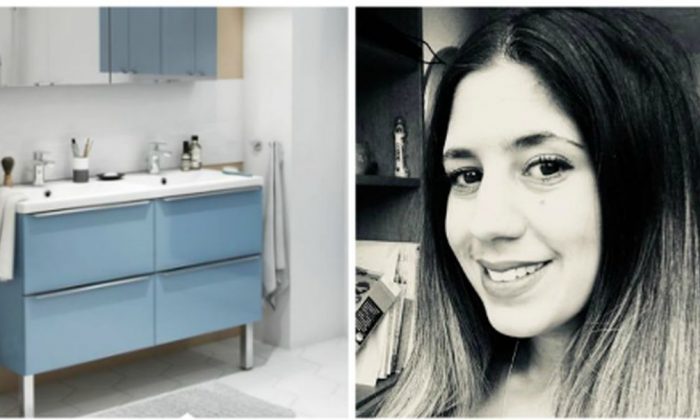 A cabinet similar to the one in question and Kayleigh Greer (B&Q / DIY ; Twitter)
UK

Mom Spends 3 Years Disappointed With Blue Cabinet, Then She Peels Off Protective Film

A 35-year-old woman said she bought a $200 cabinet and discovered that it had a protective film covering it three years later.

Kayleigh Greer, of the United Kingdom, said she bought the cabinet from retailer B&Q in 2016 as a TV stand.

According to the Daily Mail, the mother of three wasn’t happy with the blue color because it didn’t match the grey and silver color of the bedroom.

“I never had any suspicions the blue color was a protective film. I knew there was white tape along the top of each drawer which I thought was protection and would eventually need pulling off,” she said, according to the report.

When she did a deep clean of the bedroom, she noticed that there was a blue film covering the cabinet. She peeled it off, revealing gray furniture underneath.

“Then I was deep cleaning the bedroom the other day and I was down near the cabinet vacuuming and I thought ‘while I’m down here, I may as well finally peel off the tape,’” she said.

“But as I started to peel, I noticed the blue film had lifted and I panicked and thought I had ruined unit. But I just kept peeling and it kept coming off. Underneath it was a really nice grey. It looks amazing,” she added.

When she was done, she told her husband the news.

“Darren was downstairs with the kids and I came down with all this blue film scrunched up in my arms,” she said, according to The Metro.

How did she not realise? 😂😂

Mom Reveals How to Clean Oven with a Dishwashing Tablet

An unnamed mother in Australia said that there is a simple way to deal with caked-on grime and grease on an oven door.

She said that dipping a dishwasher tablet in warm water and rubbing it on the door is a way to get rid of the grime, saying that it stripped off immediately.

It only requires dipping the tablet in the water before gently rubbing on the door, she said according to the Daily Mail.

“After years of using strong chemicals and a tonne of elbow grease to clean my oven I am amazed that all it takes is a dishwasher tablet, warm water, and a light scrub,” she wrote on the private Mums Who Clean Facebook group.

She added, “I didn’t think it would be that easy.”

“Pot of warm water, dipped the dishwasher tablet in and lightly used it to scrub the glass,” she remarked. “Back and forth dipping into the water to keep it moist and washing the grime off.”

Several people said they were impressed with the results.

“I did mine today too … worked a treat,” one woman wrote in the group.

Another woman said she used dishwasher tablets to remove grime from her dishes, including pots and pans.