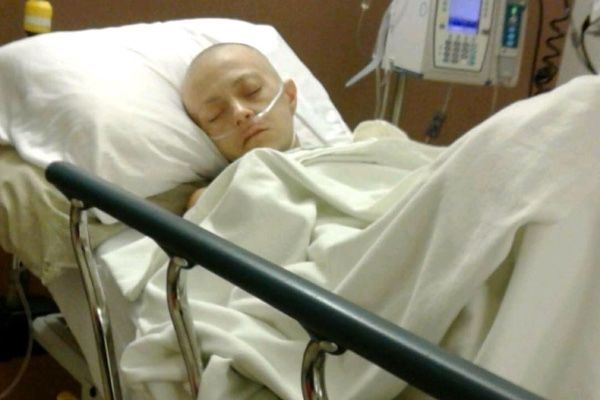 A Kentucky mother who is battling terminal cancer was overwhelmed with joy when her family made her final wish come true.

Ashley Morrow, 30, was diagnosed with Stage 4 stomach and cervical cancers two years ago. Her family did not know how much time she had left but they wanted to grant her dying wish—to marry her fiancé, Lionel Rodriguez, of 11 years.

The couple had to put wedding plans on hold when Morrow’s health started declining.

“She did a series of chemo, then a series of radiation, and now chemo again. Ashley was recently told her cancer is spreading and there’s not a lot more doctors can do,” family members wrote on a GoFundMe page set up for Morrow.

“Thru this entire process, she has never complained or even asked why me. She doesn’t ask for help or really ask anyone for anything,” the page states.

She had been staying strong for her fiancé and her 12-year-old son, Cameron but her cancer spread to her kidneys, reported Fox19 Now.

“They told her you need to get a will. You need to get everything in place. Most people want to go to Disney or do something like that and she wanted to have a wedding,” Morrow’s aunt, Stacie Stickrod, told the news station.

So her family came together to put her sickness on hold and make her final wish happen.

Stickrod started a GoFundMe and shared her niece’s story on social media. The family was surprised when the community gave an outpouring of support and donations.

The dress, jewelry, food, photos, sculptures, cakes, flowers, and tuxedos were some of the things local businesses donated to the couple for their special day, reported Fox19 Now.

“Ashley had it and then some,” Stickrod told the news station.

“We were truly blessed at the outpouring of love and support we received,” she added.

The most unusual part of the wedding was cutting the cake. Photographer Chasity Watkins, of Blackbird Lee Photographer, said it was one of her favorite parts of the whole wedding.

“Ever since Ashley was little, she swore she would never get married, but IF she did … she wanted a chicken nugget cake,” Watkins wrote on Facebook on Jan. 16.

“It turned out FABULOUS and Ashley’s reaction was priceless,” she added.