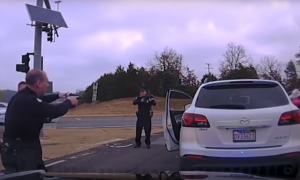 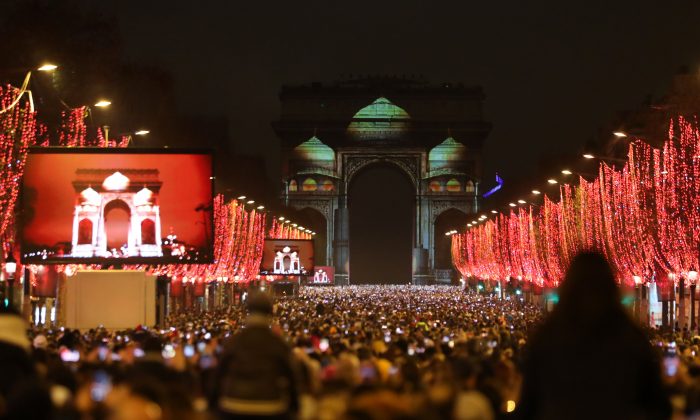 Revellers gather near the illuminated Arc de Triomphe on the Champs-Elysees for New Year's celebrations in the French capital Paris on Dec. 31, 2018. (Zakaria Abdelkafi/AFP/Getty Images)
US News

“The pregnancy was smooth. It was a really smooth, awesome pregnancy… compared to my first one,” Gabrielle Freeman, the mother, of Hoosick Falls, New York, told WCAX on Jan. 3, 2019, two days after her Jan. 1 delivery.

She said her daughter, Taylor, was due Jan. 6, but the baby girl came about a week early.

Talk about coincidence! There was a special delivery on New Year's Day at the Southwestern Vermont Medical Center. A…

The child was born at Southwestern Vermont Medical Center in Bennington on New Year’s Day, the report stated.

WCAX noted Freeman and Taylor were born in the same room at the hospital. The odds of that happening are quite slim, noted one hospital official.

“At first it didn’t click to me what day she was born,” Freeman added. “I was just happy she was born and that it was over with. And then I realized, it’s my birthday.”

“It was probably the best birthday present I’ve ever gotten,” she explained.

Her labor started at 11:30 p.m. on Dec. 29, and 40 hours later, the child was finally born, weighing 5 pounds, 15 ounces while measuring 16.75 inches, according to the Bennington Banner newspaper. She was sent home twice due to inactive labor.

“It was really quiet,” she said of her labor. “I was the only one on in labor.”

Meanwhile, the first baby born in the United States was born in Guam on New Year’s Day.

Malakai is the third child of Desirae and Kyle Mafnas and was described as a healthy baby who had been “eating all morning,” said his mother, reported the Pacific Daily News.

The parents told the Guam Post that Malakai is a blessing after Desirae had a miscarriage sometime before he was conceived.

“We had a miscarriage right before Malakai was conceived. His name stands for ‘godsend,” Kyle said.  “I came in at 11 a.m. and then didn’t give birth until 12:19 a.m. It was the whole day,” Desirae added.