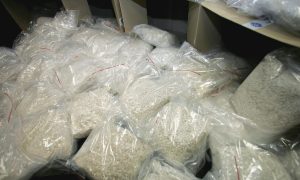 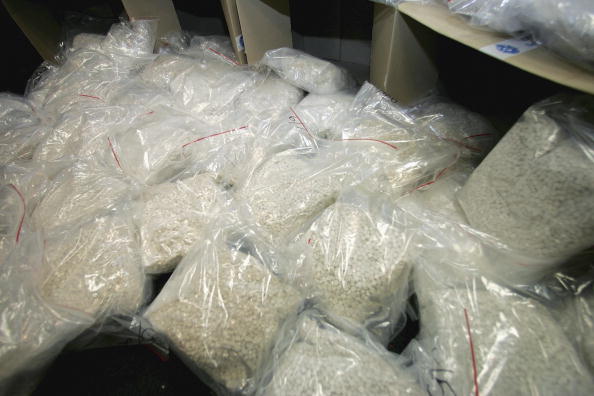 At least 10 Wesleyan University students and two others were hospitalized in Connecticut after they took the drug “Molly” on campus this weekend. So, what is Molly, exactly?

Molly is another term for MDMA, the Schedule I drug known as ecstasy, but according to experts, the substance is usually never pure as soon as it hits the streets. The drug is commonly sold and consumed at clubs and music festivals.

Drug Enforcement Agency (DEA) spokesman special agent Joseph Moses told ABC News on Monday that only around 13 percent of Molly seized in the U.S. is actually MDMA. Agents have found that Molly is usually counterfeit, and it’s cut with other substances including bath salts that are smuggled into the U.S., often from China.

“Kids are being used as guinea pigs,” he said of recreational use of the drug. “The manufacturer didn’t go through clinical trials, the person who orders and repackages it doesn’t know what it’s gonna do to somebody, and the user didn’t know what it was going to do to them.”

While the ABC report doesn’t elaborate on how much of the drug comes in from China, the DEA has published a number of reports about Chinese Molly drug busts across the U.S. in cities like New York, Seattle, and Miami. There’s been at least two major Molly busts in Syracuse, New York, located about 250 miles from Wesleyan. It’s unclear if the Molly consumed at Wesleyan originally came from China.

According to Wesleyan University President Mark Roth, 10 students of the college and two guests were treated after suffering adverse effects from the drug. Roth said four would be released from the hospital on Monday.

“If you are aware of people distributing these substances, please let someone know before more people are hurt,” Roth wrote in a letter distributed to students. “These drugs can be altered in ways that make them all the more toxic. Take a stand to protect your fellow students.”

The U.S. National Institute on Drug Abuse says the drug sometimes “actually contain other drugs instead or in addition. Those may include ephedrine (a stimulant), dextromethorphan (a cough suppressant), ketamine, caffeine, cocaine, methamphetamine, or even, most recently, synthetic cathinones,” commonly known as bath salts.

It adds, “These substances are harmful alone and may be particularly dangerous mixed with MDMA. Users who intentionally or unknowingly combine such a mixture with additional substances such as marijuana and alcohol may be putting themselves at even higher risk for adverse health effects.”

If pure, MDMA usually is sold in capsules and lasts about 3 to 6 hours. The drug is generally consumed in tandem with other drugs, including methamphetamine, ketamine, and GHB.