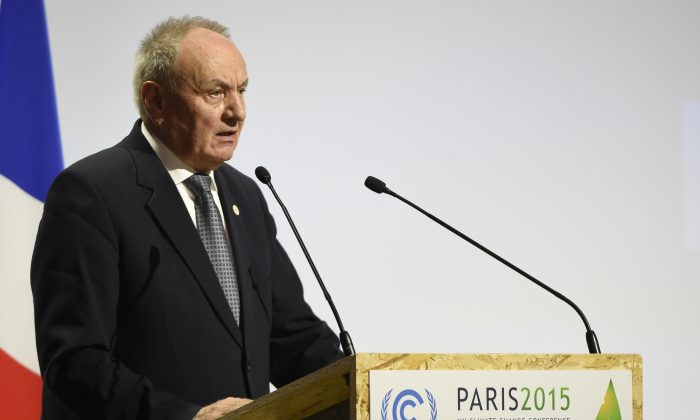 Moldovan President Nicolae Timofti delivers a speech during the opening day of the World Climate Change Conference 2015 (COP21) at Le Bourget, on the outskirts of the French capital Paris, on Nov. 30, 2015. (Alain Jocard/AFP/Getty Images
Europe

CHISINAU, Moldova—Thousands have protested in Moldova against the nominee for prime minister, calling for Parliament to be dissolved and early elections.

There were three protests Saturday in the Moldovan capital—two organized by pro-Russian parties and the third by civic group Dignity and Truth, which demands an end to what it calls endemic corruption.

If Parliament doesn’t approve a government by Jan. 29, Timofti will dissolve the legislature. Parliament dismissed the previous government in October amid corruption allegations.

Moldova has been locked in political turmoil since up to $1.5 billion went missing from three banks prior to the 2014 parliamentary elections.