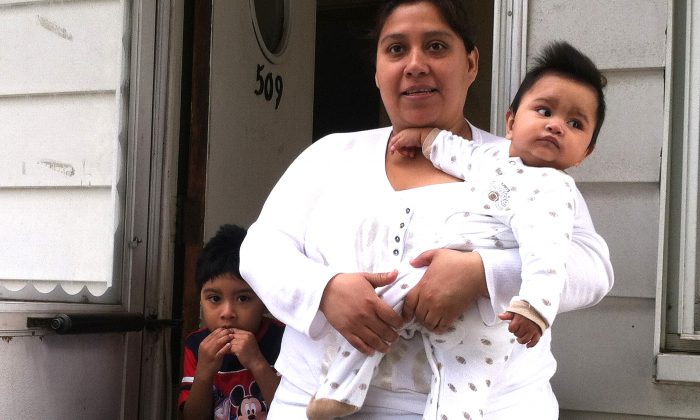 The Alliance for a Just Rebuilding (AJR), which released the report together with Brooklyn-based nonprofit Make the Road New York, is asking the city to make sure that money set aside for Sandy repairs be made available for mold remediation.

AJR, a group of over 50 community, faith, labor, and environmental organizations, is asking the city to fund repairs for mold through its expected $1.7 billion Community Development Block Grant, and that support dollars not be made contingent on the need for additional structural repairs. The organization is also asking for the city to create a clear pathway for effective and systematic mold remediation.

In the days following the hurricane, the city used leans on landlords to force quick fixes for heat and hot water so that people could quickly return to their homes. AJR would like to see similar tactics used by the city to force action on mold remediation.

Ananda West contributed to this report