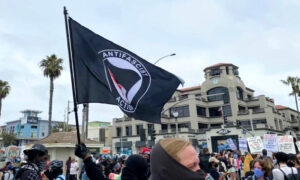 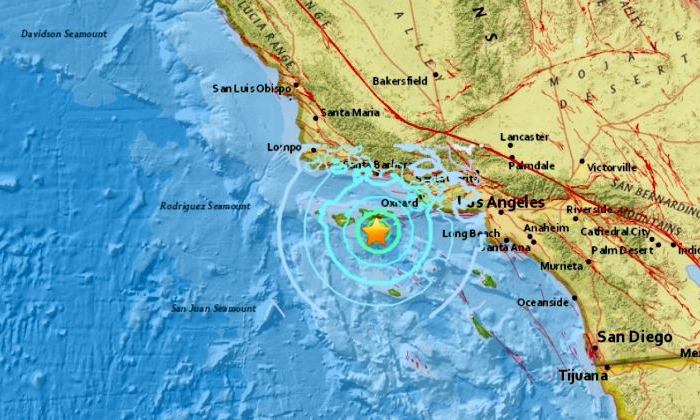 A moderate 5.3-magnitude earthquake struck off the Channel Islands in California, and it was felt by many in Southern California, including Los Angeles.

The U.S. Geological Survey said the temblor hit at around 12:29 p.m. local time at a depth of around 10 miles beneath the surface of the Pacific Ocean. It was centered some 40 miles southwest of Ventura and 85 miles west of Los Angeles.

LAFD Chief Ralph Terrazas tweeted that the Los Angeles Fire Department is in “earthquake mode” after the quake, although there were no reports of injuries or damage, KTLA reported.

Seismologist Lucy Jones, who used to work for the USGS, described the quake as “moderate” in strength, KTLA reported. “It’s a regular sort of earthquake that we expect somewhere in Southern California,” Jones said. “Magnitude 5.3 is a size that happens on average about once a year in Southern California.”

On Twitter, the hashtag #earthquake trended. Many people in the Greater Los Angeles region said they felt the temblor.

A 5.3 Magnitude #earthquake was reported of the coast of Southern California.

People fearing that "The Big One" may be next!

When an #earthquake hits LA pic.twitter.com/wNruJnyQg8

Weird I didn’t feel the #earthquake at all… I guess it’s because I’m so… ?rock solid? ??

Oh hey, #earthquake in LA. That one was mild, but it lasted a while.

Did you feel it? #Earthquake in West Los Angeles

Not too strong but long & rolling…

5.0 Quake off the coast near Santa Barbara. pic.twitter.com/VOkozKf4Pa

I thought I was dizzy for a moment #earthquake