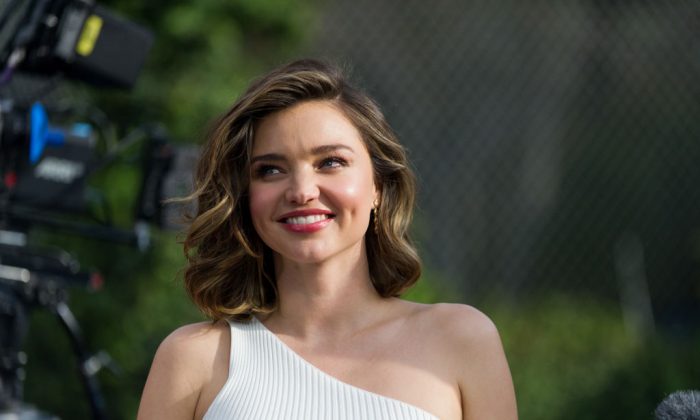 The jewelry—which included an 8.88 carat heart-shaped diamond pendant worth nearly $4 million—was given to Kerr by her ex-boyfriend and Malaysian billionaire Jho Low when they were dating for about a year in 2014 according to Page Six.

Low, who began dating Kerr following her divorce from actor Orlando Bloom, is accused of being the mastermind behind the theft of nearly $4.5 billion from a Malaysian sovereign-wealth fund 1Malaysia Development Bhd (1MDB).

“From the start of the inquiry, Miranda Kerr cooperated fully and pledged to turn over the gifts of jewelry to the government,” Kerr attorney Mark Fabiani said in a statement to USA Today Tuesday, June 27. “Ms. Kerr will continue to assist with the inquiry in any way she can.”

Kerr has not been accused of any wrongdoing.

The scandal has been under investigation for several years by the FBI and the criminal justice departments of several countries like Switzerland and Singapore.

So far, the global investigators have found evidence of misappropriation carried out by a number of powerful Malaysian officials and influencers, allegedly including Malaysian Prime Minister Najib Razak.

Other famous celebrities have been unwittingly caught up in the investigation—last week, Leonardo DiCaprio handed over several gifts connected to the scandal, including an Oscar won by Marlon Brando.