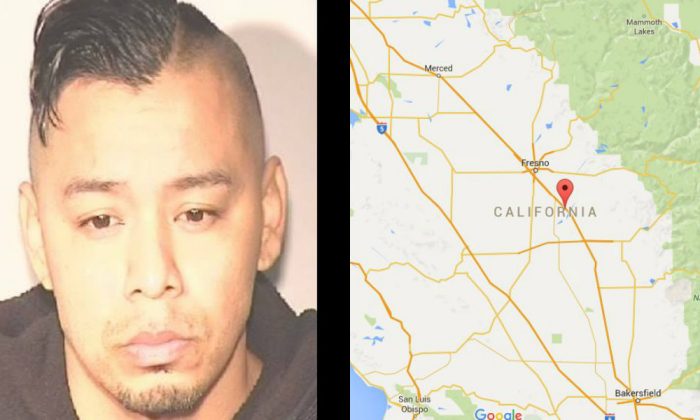 An MMA fighter from California was arrested for allegedly beating a puppy, officials say.

The suspect, 35-year-old Fidel Manzano Jr. of Kingsburg, came home intoxicated at around 2 a.m. and beat his 15-pound puppy named Chokaly after it was making noise and crying, officials said, the Fresno Bee newspaper reported.

Manzano allegedly threw the pup a few times into a washing machine in his garage. The Fresno Bee reported that the beating and abuse lasted for around two hours.

Family members were afraid to report the beating at the time due to the MMA fighter’s intoxication and were afraid he would turn aggressive toward them.

After he was arrested, the family took the dog to a veterinarian to get care. The animal suffered damage to his hind legs, a broken jaw, and other injuries.

According to the Kingsburg Police Department, the “puppy was NOT euthanized. That was one of the recommendations by the initial treating veterinarian.

“It was taken to another veterinarian and is being treated. We hope the dog fully recovers.”

Kingsburg Police arrested Fidel Manzano Jr. Sunday morning for viciously beating his puppy. The dog, named Chokaly, a 7 -12 month mixed breed, was crying and making noise early Sunday morning around 2 AM when Manzano arrived home intoxicated. Manzano beat the 15 lbs. dog and threw him several times against a washing machine located in a garage. After officers investigated and Manzano was arrested, the family took the puppy to a veterinarian for care. The animal suffered a broken jaw, severe soft tissue damage to the hind legs, numerous contusions and abrasions, and a swollen brain.

Manzano was booked into the Fresno County Jail on PC 597(a) Cruelty to Animals, a felony.

If anyone has any further information please call the Kingsburg Police Department at (559) 897-2931.