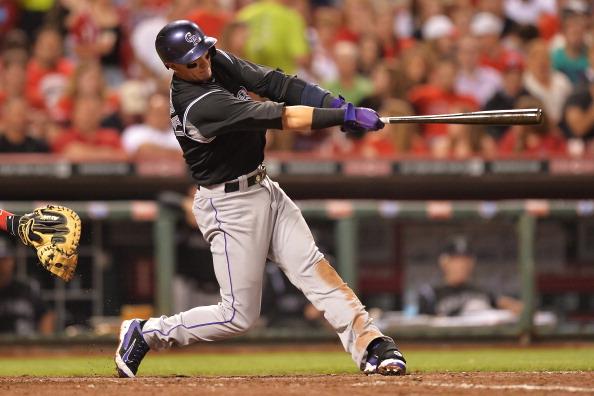 In this week, the Power Rankings continue to have a West feel. The top team features the best bat in the league. The strength of a deep rotation has brought an unexpected team to the front of the line to help their once lone slugger. Meanwhile, another team looks to power through their opponents. The reviving bats of a pair of teams continue their strong start.

The Tigers finished off a sweep of the Royals and took three out of four against the Houston Astros to cap off an eight-game winning streak that pushed them right back to their expected spot atop the American League Central. Most importantly for the Tigers, Miguel Cabrera has begun heating up. With three home runs and 11 runs batted in, the reigning MVP of the American League is preparing to be the dominant force that teams feared once again. The Tigers lineup is as deep as ever and the pitching, led by Max Scherzer and Justin Verlander, will still be a strength that makes them favorites for the Central division title and more.

The Giants took advantage of the scuffling Braves and completed a sweep. They would lose their series when visiting the Pittsburgh Pirates but rebounded well on their trip to the heated rivals, the Los Angeles Dodgers. Shortstop Brandon Crawford contributed to the offense and Tim Hudson continues to be the leader of his new team’s pitching staff. Buster Posey has been a consistent presence in the Giants’ lineup. Angel Pagan and Mike Morse are big pieces of their offense, though Morse has begun to hit a cold streak. Tim Hudson brings an ERA around 2.00 and Madison Bumgarner has an ERA under 3.00. The Giants have some power coming close and quick if they don’t get consistency.

Power is the Rockies game. With batting leader Troy Tulowitzki (.405) and Charlie Blackmon (.355) at second, you would just begin to scrape the iceberg that is the Colorado team. Tulowitzki is not only hitting for average; with 11 home runs and 33 runs batted in, the Rockies shortstop is making a good early run for MVP consideration. Seven of the top 10 leaders with runs batted in are Rockies. Third baseman Nolan Arenado had a 28-game hitting streak snapped during this week but it is the longest in the franchise’s history. If the Rockies can figure out how to bottle this power and consistently unleash it on the road, watch out.

After coming away with one win in a three-game series at Boston, the A’s would struggle upon their return home, losing three out of four in their division against the Seattle Mariners. Products of the Gio Gonzalez trade played a factor in the series with the Washington Nationals. Tommy Milone, one of the many players traded to the A’s for Gonzalez would pitch eight scoreless against his former team. The A’s have a decent lead in the West but a strong showing through the Central next week could put some distance between them and the Mariners and Angels.

After a week of success within their division; the Brewers struggled outside their division. The Brewers would be outscored in a three-game series with the struggling Arizona Diamondbacks, looking to get out of the cellar in the West. Carlos Gomez continues to be front and center of the Brewers offense. Francisco Rodriguez finished this week perfect with another save against the visiting New York Yankees. The Brewers would lose third baseman Aramis Ramirez before the week was over so Gomez and catcher Jonathan Lucroy have to pickup the slack without Ramirez and Ryan Braun.

The return of Manny Machado did not prove effective yet but that did not stop the Orioles from being successful. The Orioles ended last week on a five-game winning streak that included a sweep of the Tampa Bay Rays. A sweep in the division is a good step to take after losing a series in Minnesota. Nelson Cruz continues to be a very good acquisition with 10 home runs and 30 runs batted in. With Chris Davis returning from the disabled list, things looked promising. That is, until Matt Wieters was sidelined and replaced Davis on the disabled list. Both bats will be important to the Orioles success in a very tight American League East race.

The Braves bounced back from their recent losing skid with a pair of wins against the Chicago Cubs. Despite their seven-game losing streak, they still have a lead in the East over the hot Miami Marlins. They won three of their last four but the offense has been stagnant while the rotation begins to take shape. Mike Minor’s early elevated ERA is not going to be where his ERA stays as he gets deeper into the season. Julio Teheran and Ervin Santana anchor the staff. Freddie Freeman and Justin Upton have been hitting regularly but other players, like B.J. Upton, Dan Uggla and Jason Heyward are expected to be key contributors that are struggling through the first month and a half.

The Marlins had a five-game winning streak during this week. Over the last two weeks, the Marlins won nine of the ten games they had at home including sweeps of division rivals, Atlanta Braves and New York Mets. The lone loss came against the Los Angeles Dodgers in a close game. Tied for fifth in the National League with a 1.99 ERA is Tom Koehler. Where’s Jose Fernandez? Not far behind, but a mess in San Diego in which he gave up six runs, inflated his ERA. But these two starters are joined by Henderson Alvarez (2.62) and Nathan Eovaldi (2.86) as four starters with an ERA under 3.00. Giancarlo Stanton is not the only offensive force on the Marlins, joined by third baseman Casey McGehee and outfielder Christian Yelich. The Marlins were not expected to be a contender but with the Braves recent struggles and the Marlins effective pitching, their time may be sooner than expected.

The Mariners won six of eight games this week, including splitting a doubleheader with the Oakland A’s. They won all three series they were involved in this week and pushed ahead of the Texas Rangers in the West. The return of Hisashi Iwakuma adds another strong component to the rotation while Robinson Cano, Corey Hart and Justin Smoak continue supplying the runs for the pitchers.

Tied with Blue Jays starter Mark Buehrle and Cardinals starter Adam Wainwright; Zack Greinke notched his sixth win of the season and is carrying a lengthy streak of allowing a maximum of two runs in his starts. The unexpected surprise for the Dodgers is not a healthy and productive Matt Kemp or a throw by Yasiel Puig from right field to home, flat-footed. The surprise of the Dodgers season is shortstop-turned-second baseman, Dee Gordon. The speedy Gordon is leaving the rest of the league very far behind his dust, leading the league with 24 stolen bases. Second best is at 13 saves. The Dodgers second baseman is also fourth in the league with a .336 batting average. Despite Clayton Kershaw returning like he never left, throwing seven scoreless innings, the Dodgers dropped five of seven games this week including two to their division rival San Francisco Giants. If the Dodgers don’t fix things, the Rockies and the Giants will make the West a two-team race.