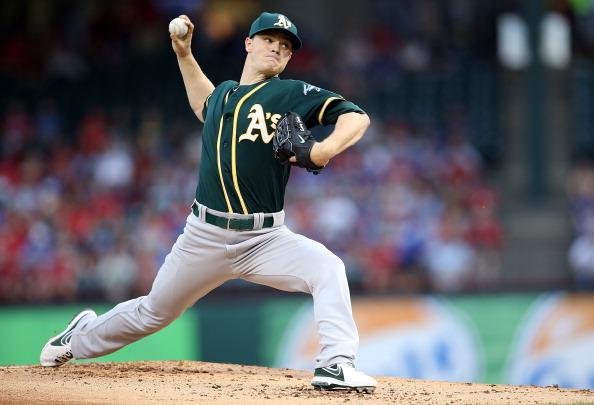 In this week, the Power Rankings have a West feel. Some teams continue to overcome adversity while some are returning to some projected reality. Meanwhile, another team looks to power through their opponents. The reviving bats of a pair of teams continue their strong start.

On the arms of Sonny Gray and Jesse Chavez, the Athletics swept one of the division favorites, the Texas Rangers. Josh Reddick is having a more consistent season with the bat and part-time catcher Derek Norris is contributing when called upon. The A’s have been struggling with the backend of the bullpen but if Jim Johnson can sort out the problems, expect Oakland to regularly appear near the top of the Power Rankings as they do this week.

The Brewers continue their high and low bouncing throughout the season. After a strong showing last week, the team with the best record struggled within their division. The Brewers won their series with the St. Louis Cardinals but ran into a flash of 2013 success from Allen Craig and Matt Adams. Johnny Cueto won the rubber match of a three-game series when the Brewers went to visit Cincinnati. One thing is for sure, Joey Votto does not like hitting home runs to center field when playing the Brewers.

After completing a sweep of the visiting Cleveland Indians; the San Francisco Giants were able to take two out of three with the San Diego Padres on the arms of Yusmeiro Petit and Tim Hudson. The Giants went to visit the Atlanta Braves and defeated them in a pair of close fought pitching duels. Despite losing Matt Cain, the Giants have found a dependable gem in Tim Hudson and if the offense can continue contributing enough, the West will be a three-team dogfight.

Victor Martinez becomes the protection for Miguel Cabrera with Prince Fielder being traded down south and this week Martinez has filled in the role strongly. The starting pitching, now including Drew Smyly, is still a continued strength for the Tigers as they win four out of five games this week. They lost one of their games in Minnesota due to inclement weather. The Tigers won some games without doubt as the pitching was stellar and the offense gave them a healthy lead to work with. If the bullpen can iron itself out and become a positive after being a negative for a number of years, they could be a contender for the championship this season.

On bats like Charlie Blackmon, Troy Tulowitzki, Carlos Gonzalez and Nolan Arenado; the Rockies are looking to succeed by simply outscoring their opponents. Over this week, the Rockies competed in Los Angeles and in Arizona against division opponents and won both series, many of the games being high scoring. Then, the Rockies returned home for a four-game series with the New York Mets and they showed why they are so strong at home, literally. Through the first three games of the series, the Rockies put up 28 runs. A breakthrough talent is third baseman Nolan Arenado. While he’s making spectacular plays look routine, he has also had a 22-game hitting streak. If the offense can maintain this approach, the Rockies can stay in the running for the division crown.

The Braves saw the return of Mike Minor late into this week but the Braves also ran into a strong pitching tandem when they visited the Miami Marlins. Jose Fernandez and Nathan Eovaldi silenced the Braves power, keeping them to just three runs over the first two games of their series. In the defense of the Braves, the Marlins made them a part of their four-game winning streak. The Braves would take the last one of the series but ran into Tim Lincecum and Ryan Vogelsong, who each limited the Braves to two runs in two games. It is not likely that the Braves will be stifled like that but the offense will need to bounce back well if they want to separate themselves in the National League East.

It’s hard to tell if the Dodgers will want another interleague matchup visiting the Minnesota Twins, losing a game due to inclement weather. They did make it up on a doubleheader on the first of May and they did sweep the games to complete a series sweep but who wants to play a doubleheader? Yasiel Puig might want to, getting six hits in his 10 at-bats on that day. They would split the first two of three with the Marlins in Miami but a welcomed sight could be returning to the Dodgers mound soon. Clayton Kershaw is expected to return to the team on Tuesday.

The Nationals were unable to complete a three-game sweep of the San Diego Padres but they did take the two-game series in Houston, on the bat of Anthony Rendon, returning to where he grew up. The Nationals split the first two games with the Philadelphia Phillies. Some of the Nationals have come down to reality and some will have to hold their own or step up into a bigger role as the team tries to succeed with Bryce Harper on the shelf for an extended period of time.

The Angels lost a close series in New York but returned home to Cleveland without missing a beat. Batters like Mike Trout, Erick Aybar and Howie Kendrick fueled the team to a decisive sweep over the Indians. They scored 19 runs and allowed just 8. They would split the first two of the series against the Texas Rangers but if the bats can stay strong along with the comeback of Albert Pujols, the West will be very close and very hard fought.

Much like many teams in the northeast, the Baltimore Orioles lost a game towards the end of April and had to make it up in a doubleheader on May 1. The Orioles took a sweep of the Pittsburgh Pirates in a doubleheader that saw bats like Steve Pearce and Nick Markakis drove home some runs. Ubaldo Jimenez shows hints of living up to the money invested in him and Nelson Cruz continues having a great season with his new team. This week also saw the return of Manny Machado. He has not been a productive player since his return but as he gets more settled in and catches up with the league, he will be a force to be reckoned with both with the bat and in the field.