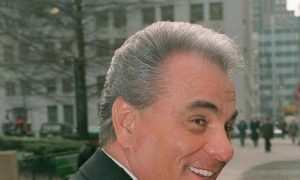 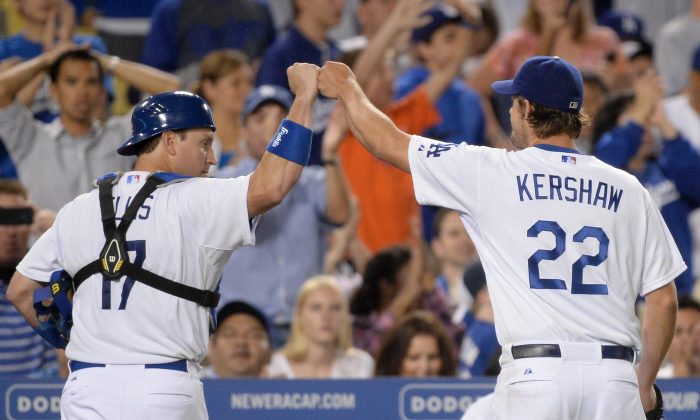 Clayton Kershaw (R) of the Los Angeles Dodgers celebrates the third out of the eighth inning with A.J. Ellis against the Cincinnati Reds at Dodger Stadium on July 26, in Los Angeles, Calif. (Harry How/Getty Images)
Baseball

Now that the Biogenesis investigation is finally over, with just one particular player’s suspension yet to be finalized, the focus turns back to the pennant race—the American League one.

While the National League Central seems to have locked up both wild card spots, the AL has a number of contenders for the final playoff spots. Entering Wednesday, four teams were within five-and-a-half games of suddenly slumping Tampa Bay for the final postseason spot, including the Yankees, which could still conceivably salvage an injury-riddled season with a hot ending.

What are the best teams in baseball currently? Here is the top ten:

10. Tampa Bay Rays (66–51): Just last week, Tampa Bay was sitting pretty at 21 games over .500 (66–45) and just a half-game out of first place in the AL East. Since then they’ve lost six straight and are hanging on for dear life in that last wild card spot. What was the problem? Besides having to play three games against the red-hot L.A. Dodgers, Tampa Bay’s normally dependable pitching staff had an ERA of 6.67 during the streak.

8. Cincinnati Reds (68–52)*: Though the Reds boast the top two hitters in drawing walks (Votto with 89 and Choo with 75) starting pitching has been the team’s bread and butter. Of the six starters who have nine or more starts for Cincinnati, Homer Baily has the worst ERA at 3.81, while Mat Latos leads the team with 12 wins, while sporting a 3.04 ERA. Overall the Reds have allowed the third-fewest runs in the big leagues.

7. St. Louis Cardinals (68–50): Once thriving at 62–37 (July 25) the Cards were swept by NL East-leading Atlanta before losing four out of five to the then-second place Pittsburgh Pirates, which knocked it out of first. After the current three-game set against Pittsburgh, St. Louis will face pretenders Chicago and Milwaukee before a murderer’s row stretch of consecutive series against contenders Atlanta, Cincinnati, Pittsburgh, and then Cincinnati and Pittsburgh again.

6. Detroit Tigers (70–49)*: Detroit, which had just a three-game lead over Cleveland on Aug. 4, swept a four-game set against the Indians to solidify its lead in the AL Central. Miguel Cabrera, meanwhile, continues to be the best hitter in baseball. The reigning-MVP has hit .333 with 8 home runs and 19 RBIs in 63 at-bats since the All-Star break. His hot hitting has more than made up for Prince Fielder’s power outage, as the 275-pound first baseman has just 1 home run and a .245 average during the same period.

5. Texas Rangers (69–51): Entering Wednesday night, the suddenly hot Rangers had retaken control of the West—expect them to keep the lead over the next week. The Rangers have been feasting on bottom feeders during the streak (winning 13 of 15) and are set to play only sub-.500 teams through the end of the month. On the pitching front, Yu Darvish has won three straight starts while racking up 35 strikeouts to move his record to 12–5 with a 2.64 ERA.

4. Pittsburgh Pirates (70–48): The streaky Pirates, which are back in first place, have been led by Andrew McCutchen’s bat. McCutchen, third in the MVP voting last year, has put himself in the driver’s seat for the top honor this year with his .471 average in August to push his season average to .314, to go along with 17 home runs and 68 RBIs. Meanwhile, starting pitcher Jeff Locke is fourth in the NL in ERA at 2.43.

3. Boston Red Sox (72–49): There are a number of reason’s for Boston’s turnaround this season, but tops among them is the resurgence of John Lackey, who missed all of last season and posted an abysmal 6.41 ERA in 28 starts the year before. Now in the fourth year of that albatross five-year, $82.5 million deal Lackey has a 3.32 ERA to go along with a deceiving 7–10 record. On the other side of the field, 37-year-old David Ortiz, now hitting .329 with 22 home runs and 74 RBIs, is having his best season since 2007—the last time the Red Sox won the World Series.

1. Atlanta Braves (73–47): The Braves recent 14-game winning streak has put them atop the baseball world and in the driver’s seat for home-field advantage. This would be huge for the Braves which are 41–17 at Turner Field. The team is also tops in the big leagues in home runs with 143. Meanwhile, relatively unknown third baseman Chris Johnson leads the league with a .337 average.