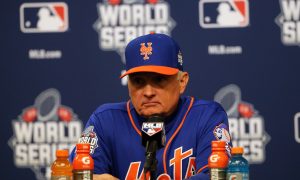 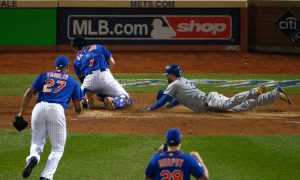 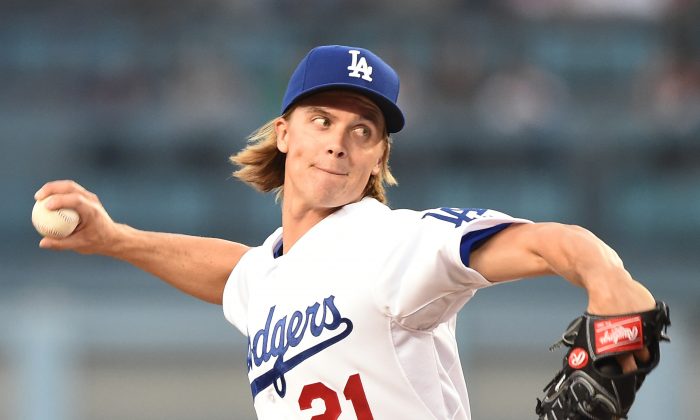 Zack Greinke's ERA was under 2.00 after every one of his starts in 2015. (Harry How/Getty Images)
Baseball

On Nov. 7, MLB’s free agency period began and there are plenty of good players for teams with high hopes—and deep pockets—to choose from. But where are they headed and how much will they command?

Here’s a look at the 10 best available players with best guesses of their free agency outcome:

Zobrist’s numbers don’t jump out at you, but he is a manager’s dream. He hits well for a middle infielder, can play nearly anywhere on the field (save for pitcher and catcher), has a great attitude, and is a clutch performer.

Possible suitors: Chicago (NL), Kansas City, or New York (AL). The Cubs are a likely landing spot with manager Joe Maddon very familiar with Zobrist’s skills from his time with the Rays. Whatever team is willing to go four years would out-distance themselves from the rest.

Davis is a major wild card here. He’s had three good seasons over the past four years, but mixed in with the good was his 2014 season when he hit .196 while striking out 173 times in 127 games.

Possible suitors: Baltimore, Seattle, Colorado. The Orioles need power in their lineup, and Davis has had his greatest success under Buck Showalter. He won’t be getting a long-term deal, though. Something along the lines of three years and $45 million sounds right.

With a career ERA of 3.32 and having made at least 32 starts four straight seasons, Zimmerman should have no shortage of suitors. He’s never won a Cy Young before but has finished in the top 10 of the voting twice and is a good No. 2 starter.

Possible suitors: Milwaukee, Seattle, Washington. The Brewers don’t have Kyle Lohse’s contract on the books anymore and could use another innings eater. Five years, $75 million is best guess.

Upton is what you want out of your corner outfielder—power. The two-time Silver Slugger award hitter has hit better than 25 home runs five times in his career, and he’s still two years away from turning 30.

Possible suitors: Houston, Baltimore, Detroit. Upton in Houston would give them quite a powerful lineup. He’d be likely to command six years with a total value of around $100 million.

Cueto was brilliant in 2014 when he went 20–9 with a 2.25 ERA and 242 strikeouts while finishing second in the Cy Young voting. He had a 2.62 ERA in 19 starts with the Reds before being dealt to the Royals, where his season more or less nose-dived. Although he proved to be extremely erratic in the postseason as well, he has No. 1 starter potential and should be a good fit in the National League.

Possible suitors: San Francisco, New York (AL), Seattle. The Giants would offer Cueto the chance to stay in the NL, and they have a pitcher-friendly ballpark as well. Five years for $100 million should do the trick.

Céspedes greatly increased his value after invigorating the Mets lineup by hitting 17 home runs in just 57 games in New York. He struggled in the postseason, but overall his value has shot up since the middle of the summer.

Possible suitors: New York (NL), Texas, Houston. The Mets will have some pressure to re-sign the guy who helped turn their season around, although they have shied away from these kind of deals under GM Sandy Alderson. Whoever gets him will be paying in the neighborhood of six years for around $110 million.

Gordon has been a star ever since the Royals put him in left field where he’s won four straight Gold Gloves. His offensive stats this past season were skewed after missing two months with a groin injury, as he averaged 19 home runs a season from 2011 to 2014.

Possible suitors: Kansas City, Chicago (NL), Detroit. The Royals are going to do everything they can to make a competitive offer for Gordon. Four years at around $75 million is probably what it’s going to take.

Heyward’s offensive numbers have been a bit of a disappointment over the years after hitting 18 home runs as a 20-year-old in 2010. He still has the capability to hit, but it’s his defense that makes him a special two-way player. Heyward has won a pair of Gold Gloves already and seems destined for more.

Possible suitors: St. Louis, San Francisco, Houston. The Cardinals are going to try to hang on to their young star. He should get somewhere in the area of $90 million over six years.

Possible suitors: Toronto, New York (AL), Chicago (NL). The Yankees should be aggressive for Price’s services. Although they don’t have much coming off the books this season, they could back-load the deal which will be somewhere in the $150 million range for six seasons.

Greinke was off-the-charts this past season for the Dodgers and has a good shot to win his second Cy Young after taking home the award in 2009 when he was in Kansas City.

Possible suitors: Los Angeles (NL), New York (AL), Toronto. The Dodgers have a good thing going with Greinke and Kershaw. They’ve proved in the past that they can outspend anyone. Likely a five-year, $125 million deal is what he’ll sign.