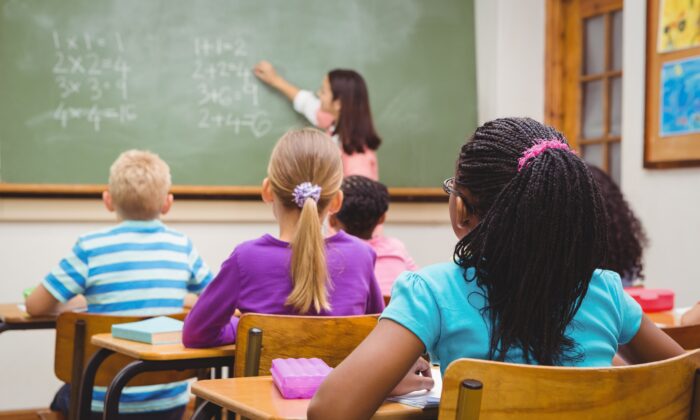 C.S. Lewis once said, “You can make anything by writing.” He was correct, of course.

Using only the power of words, Lewis created the imaginary world of Narnia. For over 50 years, “The Chronicles of Narnia” have been a bestselling seven-volume set of books that tell the story of Narnia and the magnificent lion, Aslan. While written for children, this series is also popular among adult readers. The books are popular for good reason!

Lewis put his classical education and expertise in languages to good use when he created the fantasy world of Narnia. Settings are outlined in detail, characters are richly developed, and plot lines are filled with drama. In short, Lewis knew how to write well.

Obviously, most people aren’t going to match Lewis’s phenomenal writing skills. But we certainly can expect our students to learn how to write reasonably well. Not only should they be able to express their thoughts in coherent sentences and paragraphs, but they should also be able to create resumes that aren’t filled with grammatical errors.

Now imagine that C.S. Lewis was a young student today. What educational setting would best develop his creative writing skills?

Modern-day progressive educators would put Lewis in an environment where he has as much freedom as possible. Instead of sitting at traditional desks within classrooms where teachers convey knowledge, Lewis would direct his own learning and study topics that interest him. Freed from boring top-down instruction by “know-it-all” teachers, Lewis would, of course, flourish and become a deep critical thinker and an extraordinarily creative writer.

And yet, this would be exactly the wrong approach to take.

In reality, Lewis benefited greatly from his extensive content knowledge in languages, both ancient and modern; mythologies; and Old English literature. These are not subjects that come naturally to students, even students as bright as Lewis obviously was. Left to their own devices, most students would spend their time studying childish things that might interest them now but would be of little use in the long term. It is highly unlikely that Lewis could have constructed Narnia without the foundational content knowledge he acquired during his youth within rigorous and demanding schools.

In addition, anyone who wants to become a good writer must first be a good reader. When it comes to decoding words, research is clear that phonics, a traditional approach to reading instruction, is vastly superior to the whole language approach, a progressive strategy. Had Lewis been taught reading via whole language, it is entirely possible that his reading skills would have been too weak for him to become a good writer.

Interestingly, there is nothing new about progressive education or its modern-day manifestation, the “21st Century Skills” movement. “The Silver Chair,” the sixth book in Lewis’s Chronicles of Narnia series, begins by describing the disastrous school that the main characters, Eustace Scrubb and Jill Pole, attended.

This school, Experiment House, was an institution where the people in charge, as Lewis put it, “had the idea that boys and girls should be allowed to do whatever they liked.” Discipline was lax, bullies ran the school, and students “did not learn much French or Maths or Latin or things of that sort.” In other words, it was a school under the control of progressive ideology.

Obviously, Lewis had a low opinion of Experiment House. He knew that important subjects get overlooked when schools put students in charge of their own learning. The last thing any student needs is to attend a school like Experiment House, whether the fictionalized version in “The Silver Chair” or the real-life “21st Century Skills” version we see in too many schools today.

Fortunately, there are better options available. Like Lewis, today’s students need orderly and structured classrooms, teacher-led instruction, and knowledge-rich lessons. This is the learning environment that best fosters creativity and critical thinking. It’s also where students are most likely to become good writers.

If we want prospective writers like C.S. Lewis to develop and flourish today, we had better make sure they receive the best education possible. Traditional knowledge-rich, teacher-directed classrooms are the best place for them.