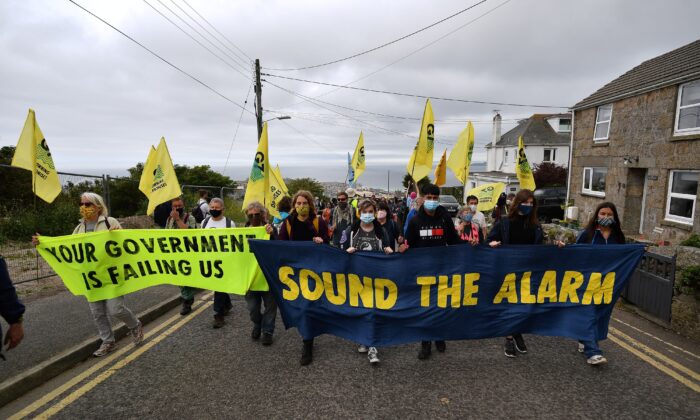 UN Climate Report Reveals the Crisis Is About Truth, Not Climate

Fortunately, the true state of our climate is far from disastrous. In fact, both climate science and thousands of years of human history show that this is the best time yet to be alive. The U.N. is continually moving the goalposts when its apocalyptic predictions fail to come true.

The problem with climate science today isn’t so much the science as shoddy reporting that oversimplifies and overdramatizes—and a toxic political climate (pun intended) that forbids deviation from the politically correct narrative.

The computer models used by the U.N. and every other climate-focused entity around the world are statistical projections, not precise calculations. The specific models cited in the latest U.N. report are designed to offer a broad range of possible outcomes and formulated using highly suspect and outdated criteria. Yet, the report focuses heavily on the model scenarios known to be extremely unlikely—garnering more than 40 percent of mentions and almost 100 percent of media coverage.

These same models show that even totally eliminating fossil fuel consumption would have a microscopic influence on global temperatures—less than two-tenths of a degree Celsius even if the full Green New Deal was enacted immediately.

In reality, we know remarkably little about the effect of human activity on the climate. What the vast majority of us know about climate change we get from the news, and it sure seems that natural disasters such as floods, wildfires, and the recent heat waves in the Pacific Northwest are getting more common. But perception doesn’t equal reality.

Global weather data show hurricane activity and frequency haven’t increased over the long term. News articles fueling climate anxiety usually cite spurious graphs that start the timeline in the 1980s. But the world didn’t begin in the 1980s, and there have been several periods in history that saw the same, or worse, hurricane activity as we’re experiencing now.

Similarly, although you wouldn’t know it from the news, wildfires and floods are on the decline, and recent heatwaves in the Pacific Northwest are small potatoes compared to the 180- and 240-year megadroughts the planet experienced between 800 and 1400 A.D.

If we’re becoming more resilient to disasters that are happening less often, what’s the crisis? It’s not a climate crisis, but a crisis of truth.

The climate activists who demand that we “follow the science” appear remarkably uninterested in the nuances and uncertainties of the research they believe supports their ideology.

Science has never been about marching in lockstep with the mainstream. Its purpose has always been curiosity, testing new ideas, and striving to understand more about how the world works—even, and especially, if it proves a previous theory wrong. Even schoolchildren know to shake their heads in disdain at the politicians who persecuted Galileo for having the audacity to publish his theory about the solar system. Yet, the same abuse of science is occurring every day as the left exploits misunderstandings of climate research (deliberately or not) to push a political agenda.

While activists march against fossil fuels and let their children believe their future has no hope amid rising seas and dying rainforests, they’ve turned a blind eye to the fact that humanity is better off now than it ever has been. Extreme poverty is at its lowest rate in recorded history, and people are living longer, healthier, freer, and more comfortable lives than ever before. Climate change or no climate change, the future is bright if we only look past the hysteria and seek to truly understand the world around us.

As former Obama-era undersecretary for science Steve Koonin explains in his book “Unsettled,” climate reporting is like a game of telephone. The U.N.’s Sixth Assessment Report is a 3,949-page PDF. It’s easy to understand why reporters on deadline fail to meticulously comb through the entire document or the catalog of research it cites. They simply don’t have time to dig past the simplistic talking points, so they select the most shocking and click-inducing claims without delving into the methodology or scientific uncertainties. It’s understandable, but it’s also a disservice to the public. Something needs to change.

Instead of fixating on our climate, which is likely to remain mild and manageable as our resilience continues to improve, we should focus on sharing the affordable, reliable energy resources our nation is blessed with to fight poverty, improve environmental quality, and spread prosperity around the world.