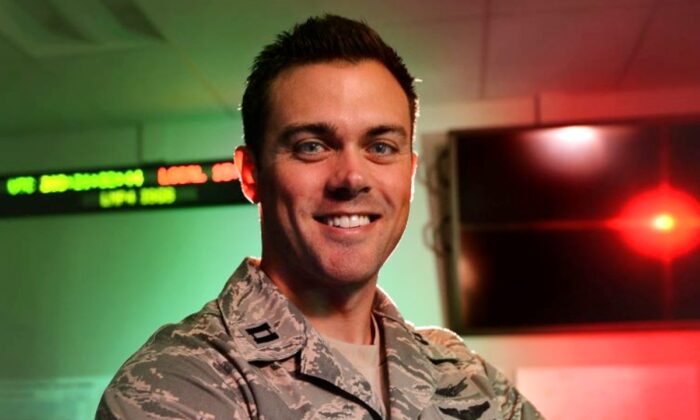 Space Force Officer’s Book on Marxism in the Military Reaches No. 1 on Amazon After He’s Relieved

A U.S. Space Force officer’s self-published book positing that Marxist ideology and critical race theory is being spread throughout the military reached the top of Amazon’s bestseller list after he was relieved of his command.

“Irresistible Revolution: Marxism’s Goal of Conquest & the Unmaking of the American Military” by Lt. Col. Matthew Lohmeier reached the top of the retail website’s bestseller list on the evening of May 16.

It came after the Space Force confirmed that Lohmeier was relieved of his command “due to a loss of trust.”

“This decision was based on public comments made by Lt. Col. Lohmeier in a recent podcast. Lt. Gen. Whiting has initiated a Command Directed Investigation on whether these comments constituted prohibited partisan political activity,” according to a Space Force statement that was sent to news outlets over the weekend of May 14.

Lohmeier made the “public comments” during an interview on the podcast “Information Operation,” in which he promoted his book. He criticized Department of Defense Secretary Lloyd Austin’s agenda to promote the Marxist and postmodernist-influenced critical race theory (CRT) within the military in recent months.

“I don’t demonize the man, but I want to make it clear to both him and every service member that if we pursue this agenda, it will divide us. It will not unify us,” Lohmeier said, asserting that Austin is promoting “diversity, inclusion, and equity,” of which he and others have argued are “rooted in critical race theory, which is rooted in Marxism.”

CRT is an offshoot of the Marxist “critical theory” that spread throughout U.S. universities in the latter half of the 20th century.

Critics of CRT have said the ideology often focuses on “structural racism” or “systemic racism,” and the theory is believed by some to commonly label white or European people as oppressors and minorities as the oppressed while redefining the history and culture of the United States. Critics of the theory have compared such labelling to how Soviets and other communists boiled down society as an eternal struggle between the proletariat and bourgeoisie.

Some GOP-led states have introduced or passed bills to ban the teaching of critical race theory and the New York Times-backed “1619 Project,” which draws heavily on the ideology, in schools.

Lohmeier told Military.com that he wasn’t trying to take sides in a partisan battle between Republicans and Democrats.

“My intent never has been to engage in partisan politics. I have written a book about a particular political ideology (Marxism) in the hope that our Defense Department might return to being politically nonpartisan in the future as it has honorably done throughout history,” he said.

The Department of Defense didn’t immediately respond to requests for comment by The Epoch Times.