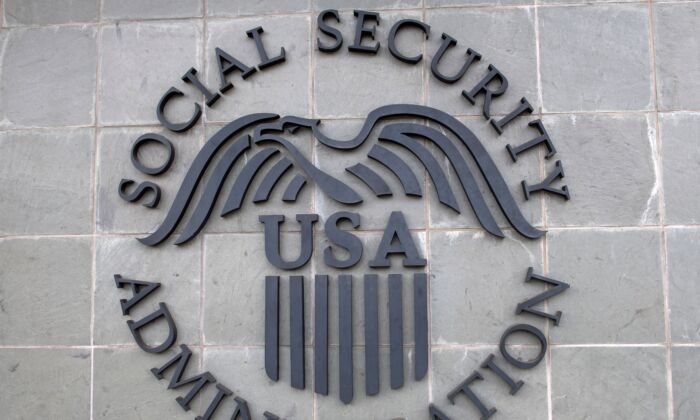 As inflation continues to climb, the Social Security Administration (SSA) has announced that social security recipients will see a 5.9 percent increase in their benefits, the largest such increase since 1982.

The SSA has historically adjusted benefits to account for inflation, but these have often been minor, granting beneficiaries a one or two percent increase. The announced increase today goes far beyond this norm, giving another indication of continuing inflation.

“The 5.9 percent cost-of-living adjustment will begin with benefits payable to more than 64 million Social Security beneficiaries in January 2022,” said the SSA in a press release. The SSA makes the judgment to increase benefits based on changes in the U.S. Department of Labor’s Consumer Price Index, which tracks the costs of various products for average Americans.

Further reflecting the bite of inflation, the SSA also announced that it would increase the maximum income taxable under social security from $142,800 to $147,000.

On Wednesday, the Labor Department announced that consumer prices had increased by 0.4 percent during September compared to the month before, exceeding Dow Jones’ prediction and sending shivers through the stock market. The Labor Department’s report also showed that between Sept. 2020 and Sept. 2021, consumer prices shot up a staggering 5.4 percent, again exceeding Dow Jones’ estimated 5.3 percent.

Democrats have insisted that the inflation is transitory, and is only a normal economic hiccup, a claim that Queen’s College President and economist Mohamed El-Erian rejected. Inflation has increased “way beyond” normal transitory inflation, El-Erian ruled.

Historically, increased inflation has been used as a tool to lower unemployment and spur economic growth.

However, economic growth remains limited despite substantial increases in the money supply. Job growth was relatively stagnant in September, with the United States only adding 194,000 jobs compared to 716,000 in September of 2020.

For Sen. Chuck Grassley (R-Iowa), these trends are a concerning sign that the United States is heading for another period of stagflation, which is marked by economic stagnation and inflation of the money supply. This anomalous economic combo was last seen under President Jimmy Carter and sent the nation into a years-long recession.

The SSA’s historical cost-of-living adjustments (COLA) reflect this economic downturn. In July 1980, the COLA achieved its highest ever level, with a 14.3 percent adjustment. In January 2009, the COLA reached its highest until 2022, at 5.8 percent.

Beyond social security, the effects of this inflation are being felt across the United States.

Moderate Sen. Joe Manchin (D-W. Va.) who has been hailed as a hero by Republicans and a villain by Democrats, framed his opposition to his party’s $3.5 trillion budget resolution on the grounds of concerns over inflation.

He blasted his party in a Sept. 2 op-ed, writing: “Democratic congressional leaders propose to pass the largest single spending bill in history with no regard to rising inflation, crippling debt or the inevitability of future crises. Ignoring the fiscal consequences of our policy choices will create a disastrous future for the next generation of Americans.”

Manchin concluded the piece, “I, for one, won’t support a $3.5 trillion bill, or anywhere near that level of additional spending, without greater clarity about why Congress chooses to ignore the serious effects inflation and debt have on existing government programs.”

Concerns over the effects of inflation on programs like social security have been front and center for Manchin. This latest increase in social security benefits is unlikely to go unnoticed by Manchin, who remains adamant that his party’s budget is “fiscal insanity.”

Speaking to reporters, Manchin expanded on these concerns, referencing the effects of inflation on his own West Virginia constituents. He noted that many of the people in his state, one of the poorest in the union, rely on dollar stores for basic necessities. Because of inflation, Manchin said, these stores have been forced to increase their prices.

Most notably, Dollar Tree has been forced to break its decades-long “Everything’s one dollar” slogan, announcing in a Sept. 28 press release that some prices would be increased as a result of inflation. Other chains have joined Dollar Tree in raising prices.

The increase in social security benefits is only the latest indication of increasing inflation.