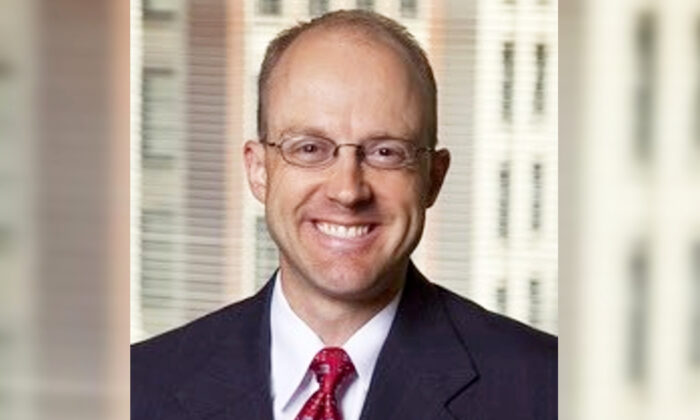 A law professor in Chicago has been ordered to undergo mandatory reeducation as punishment for using an abbreviated version of a racial slur in a legal hypothetical about race-based employment discrimination on an exam.

The question posed on the civil procedure exam by Jason Kilborn, a professor at the University of Illinois Chicago School of Law, included the following sentence, which was deemed hurtful to students:

“Employer’s lawyer traveled to meet the manager, who stated that she quit her job at Employer after she attended a meeting in which other managers expressed their anger at Plaintiff, calling her a ‘n____’ and ‘b____’ (profane expressions for African Americans and women) and vowed to get rid of her.”

A Change.org petition signed by more than 400 people stated that the “dark and vile verbiage” appeared in a question used for years on the Civil Procedure II exam administered by Kilborn and that the “fact pattern involved an employment discrimination case” where the issue “was whether or not the information found was work product.”

“The question was culturally insensitive and tone-deaf. It lacked basic civility and respect for the student body, especially considering our social justice efforts this year. … We cannot ignore the history and violence the N-word represents and the psychological impact, and mental trauma students were subjected to.”

Citing reports from anonymous students, the university accused Kilborn of calling minorities “cockroaches,” and of “diminishing” an unnamed student’s accent—allegations that Kilborn denies. The school’s Black Law Students Association has demanded that Kilborn be fired.

In a Dec. 16 letter to Kilborn’s attorney Wayne Giampietro, the university’s legal counsel, John B. Alsterda wrote that Kilborn will have to receive “individualized training and coaching … to facilitate his return to the classroom.”

This includes enrollment in the weeks-long Cornell University Center for Teaching Innovation’s “Teaching and Learning in the Diverse Classroom Online Course.” After completing each module of the course, Kilborn will be required “to prepare a written self-reflection paper in response to specific prompts.” He will also be required to work with “an instructional advisor” who has “earned a certificate in Diversity and Inclusion from Cornell,” on a “one-on-one” basis.

Kilborn won’t be allowed to teach while he is taking the course but that prohibition on teaching is “not punitive,” Alsterda wrote. “We note that faculty, administrators, and executives routinely engage in these programs as a means of continuing their education and broadening their skillset.”

“The common goal is to return Professor Kilborn to the classroom,” Alsterda wrote. “The Law School is committed to ensuring that the entire Law School community benefits from a diverse, equitable and inclusive environment.”

The letter warns Kilborn not to sue and promises to “vigorously defend against” any legal claims he may make.

William A. Jacobson, himself a law professor, reported on Legal Insurrection, “This is nothing short of an attempt to humiliate Prof. Kilborn through a reeducation and supervisory program that would make Maoist Red Guards blush.”

Jacobson accuses the school of “psychologically torturing a professor just because it thinks it can.”

While Jacobson’s statement is “hyperbole, the abusive nature of the behavior of UIC officials is undeniable,” Kilborn told The Epoch Times in an emailed statement.

“They have spread not only demonstrable but demonstrated lies about my conduct, ignoring a devastating revelation of the truth by Andy Koppelman in the Chronicle of Higher Education. As Andy concluded in that article, these administrators regard the truth as an inconvenient roadblock on the way to their preconceived conclusions about my guilt and need for ‘re-education.’”

“The whole episode is a despicable commentary on the sorry and irresponsible state of higher education administration today. I hope the truth attracts as much attention when it is fully revealed in a federal lawsuit that is all but inevitable at this point,” Kilborn told The Epoch Times.

According to the university, it was discovered “that despite Chief Justice Marshall’s legacy as one of the nation’s most significant U.S. Supreme Court justices, the newly discovered research regarding his role as a slave trader, slave owner of hundreds of slaves, pro-slavery jurisprudence, and racist views render him a highly inappropriate namesake for the Law School.”

The Epoch Times reached out to university spokesman Brian Flood for comment but didn’t receive a reply as of press time.