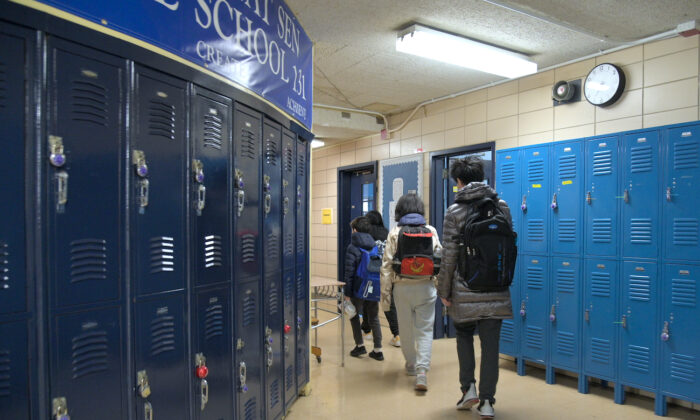 The nation’s largest teachers’ union has quietly taken down a series of adopted and proposed resolutions from its website, including one that calls for the organization to defend the teaching of Marxism-rooted critical race theory (CRT) in public schools.

The National Education Association (NEA), which represents more than 3 million employees in public education, previously showed on its website resolutions proposed during its 100th Representative Assembly. As of the morning of July 6, three days after the online convention concluded, visitors could use the website to track the status of those proposals, including whether they were approved, denied, or referred to a committee.

On Tuesday afternoon, however, a number of those agenda items disappeared from the NEA’s website. Their pages now redirect visitors to the 2021 assembly home page instead.

Among the now-hidden approved resolutions was Business Item 39, which would cost the union at least $127,600 to advance a pro-CRT agenda. According to the plan, the NEA would share and publicize information about “what CRT is and what it is not,” dedicate a “team of staffers” to assist union members who “want to learn more and fight back against anti-CRT rhetoric,” and provide a study that critiques “power and oppression” in American society, including “white supremacy,” “cisheteropatriarchy,” and capitalism.

The measure would also affirm the NEA’s opposition to attempts to ban CRT or the New York Times’ highly controversial “1619 Project,” which recasts American history on the claim that the United States was founded, and remains today, a racist nation.

In addition, the measure called for an “accurate and honest” teaching of “unpleasant aspects of American history,” and described CRT as an appropriate framework for educators to address those topics.

“The Association will further convey that in teaching these topics, it is reasonable and appropriate for curriculum to be informed by academic frameworks for understanding and interpreting the impact of the past on current society, including critical race theory,” it said.

Another erased resolution, classified as New Business Item 2, essentially called for NEA to “research” into organizations that are pushing back against efforts to indoctrinate American children with CRT, such as The Heritage Foundation, a Washington-based conservative think tank that has been hosting vocal CRT opponents. It was passed with an initial annual budget of $56,500.

Also removed was New Business Item 33, which was not approved. Proposed by a representative from Oakland, California, it called for “mandatory safe and effective COVID-19 vaccinations and testing for all students and staff before returning to face-to-face instruction in the fall.”

The disappearance of NEA resolutions was first revealed and posted to social media by Jessica Anderson, the executive director of Heritage Action, the lobbying arm of The Heritage Foundation.

“3 days after their annual meeting concludes, [National Education Association], the nation’s largest teacher’s union, scrubs the agenda items announcing their nationwide campaign to push CRT from their website,” Anderson wrote on Twitter. “Why are they covering up their support for CRT?”

The NEA did not immediately respond to a request for comment on why the resolution pages were removed from its website or whether they will be made public again in the future.