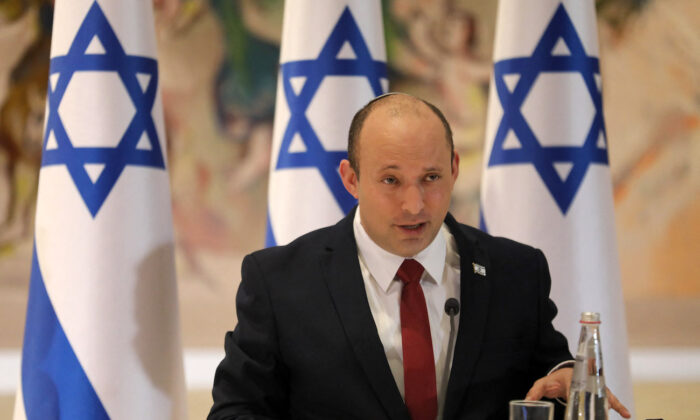 Israel to Impose Vaccine Passports for Many Events

The Israeli government announced that it will impose a COVID-19 vaccine passport system for many events in the country.

Prime Minister Naftali Bennett announced in a statement on Thursday that “as of 8 August, those who refuse vaccines will not be able to go to the cinema, the theater, the synagogue, the amusement park, the soccer game or any activity with over 100 people, indoors or out, unless they bring negative results from a coronavirus test, at their expense.”

“Yes, they will fully bear the costs of the test,” he reiterated, adding that people who have “carried out their civic duty and have been vaccinated” have “no reason” to pay for tests for those who don’t get vaccinated.

The government had removed most COVID-19 restrictions after a mass vaccination campaign in the country, which included removing a “Green Pass” vaccine passport-style system that only lets people who were vaccinated or had recovered from COVID-19 to enter some public spaces.

Some restrictions have since been reinstated, including indoor mask mandates and tighter entry requirements for incoming travelers, amid the spread of the more infectious Delta COVID-19 variant.

Bennett’s office said the “Green Pass” program would be back in force from July 29, pending government approval. It is a type of COVID-19 vaccine passport—an umbrella term referring to a digital pass or paper certificate used to indicate whether a person has tested negative for or been inoculated against the CCP (Chinese Communist Party) virus.

In his statement on Thursday, Bennett urged Israelis multiple times to “go get vaccinated,” saying that the Israeli government has “invested billions so that vaccines will be available everywhere in the country.”

“And yet there are still one million Israelis who simply refuse to get vaccinated … I respect different views but there is a time and a place in which this discussion needs to stop—and it is our very lives,” the Israeli prime minister said, asserting that the vaccines are “effective and safe” and “the science is unequivocal.”

He further accused people who refuse the vaccines of “endangering their health, those around them and the freedom of every Israeli citizen.” He claimed, “Those who refuse vaccines hurt us all because if all of us were vaccinated, we would all be able to maintain daily life.”

More than 58 percent of the Israeli population has been fully vaccinated as of Saturday, according to Johns Hopkins University.

Other nations, including Italy and France, have recently issued similar mandates with regard to vaccine passports.

More than 100,000 people last week protested across France against vaccine passports, accusing the government of overreach.

In Turin, a city in northern Italy, thousands of protesters took to the streets on Friday in protest against the mandatory vaccine passports, reported UK tabloid The Daily Express. A video posted on Twitter by user @hugotalks1 showed the crowd repeatedly shouting, “no Green Pass!”

Other countries have rolled out vaccine passport requirements on a smaller scale. Hungary on Friday made vaccinations mandatory for healthcare workers as part of its efforts to contain the pandemic, while Malta this month became the first country in the European Union to ban any visitor over the age of 12 from entering unless fully vaccinated.

Meanwhile, British Prime Minister Boris Johnson said on Monday that English nightclubs and other venues with large crowds would require proof of full vaccination from the end of September.

Greece mandated a vaccination certificate for patrons to indoor restaurants and bars from last week, while dozens of Portuguese municipalities introduced weekend curbs for inside dining in early July.