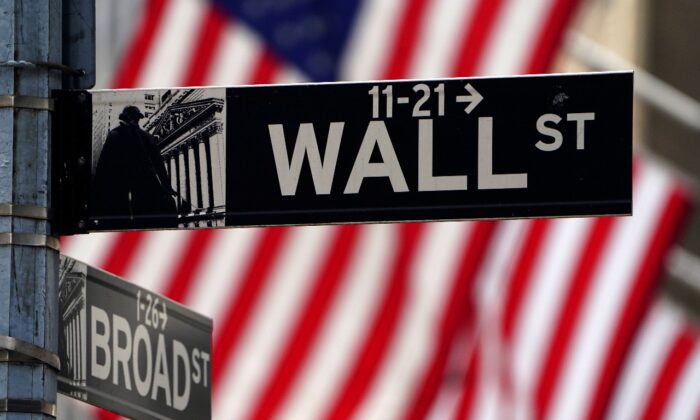 Chinese Companies Hold Record IPOs in US, Despite Tensions

Despite ongoing political tensions between the United States and China, the world’s two biggest economies are becoming increasingly intertwined financially, especially on the IPO front.

Even as the U.S. Congress begins to tighten the reins on China-based companies listed on U.S. stock exchanges, these companies continue to seek American capital. They have raised record amounts of equity capital through initial public offerings (IPOs) on U.S. exchanges this year.

In March, the U.S. Securities and Exchange Commission (SEC) announced that it would begin implementing the Holding Foreign Companies Accountable Act to enforce more stringent disclosure rules on foreign companies whose stocks trade in the United States. Such efforts to gain more transparency and greater oversight of China-based companies have bipartisan political support in Washington.

However, these actions have had little effect on the parade of China-based companies lining up to hold their IPOs on U.S. exchanges.

Since drugmaker Qilian International Holding Group Ltd. became the first China-based company to take its shares to Nasdaq this year, China-based companies have raised around $4.4 billion through March 31 in 20 separate IPO transactions, according to data from Deloitte & Touche. The largest IPO was the $1.6 billion share issuance by RLX Technology Inc., a maker of e-cigarettes. This is an extraordinary pace considering that last year during the same quarter, there were only six U.S. IPOs raising $370 million for China-based companies.

And there are several high-profile Chinese IPOs on the horizon.

One such potential IPO is ByteDance’s Douyin, the short-form video social media app that is the Chinese version of TikTok. Reuters reported that ByteDance internally discussed listing Douyin on the New York Stock Exchange and has been devising a legal structure that would meet the requirements of both U.S. and China’s regulators. But the company had since denied such speculation. ByteDance previously wanted to list the entire company either in the United States or in Hong Kong before the Trump administration raised security concerns last year regarding TikTok.

Didi Chuxing, China’s No. 1 ride-hailing app, is a sure bet for an IPO in the United States later this year. Didi has a long list of famous backers including Tencent, Alibaba, Japan’s SoftBank, Toyota, and Uber, is one of China’s biggest tech unicorns, and has already confidentially filed a form S-1 in anticipation of a New York Stock Exchange listing. Uber’s stake in Didi was a result of it selling its own China subsidiary to Didi in 2016.

Hello TransTech, a bicycle-sharing platform, is another China-based company preparing for a U.S. offering, according to a South China Morning Post report. Hello is backed by Ant Group and has an estimated valuation of $5 billion, according to its latest round of financing.

So why do so many China-based companies continue to list their stock on U.S. exchanges despite clear regulatory risks? In short, market access and the associated liquidity.

The U.S. stock market is an ocean compared to China’s pond. The total market value of all Chinese-domiciled companies traded on U.S. exchanges amounted to $1.9 trillion as of April 30, according to an analysis by The Epoch Times using Bloomberg data.

By comparison, the total market cap of the U.S. stock market was $49 trillion as of March 31, according to Siblis Research.

So what does this mean? For one, moving these U.S.-listed Chinese companies back to China would be problematic—their scale would crowd out available capital from other China-based companies. It’s clear that obtaining capital from abroad is a key financial strategy for many China-based companies, and by extension, the Chinese Communist Party (CCP). The size of China’s onshore markets would need to expand significantly to accommodate these companies. By comparison, the size of capital pools and the diversity of investors in the United States is unmatched.

The Federal Reserve issued a white paper called “Why Do U.S. Cross-Listings Matter” in 2008. While the paper is dated, its conclusions remain relevant. The Fed found that “U.S. investors sharply increase their holdings in foreign stocks that cross-list on a U.S. exchange, a phenomenon we term the ‘cross-listing effect.’”

Having a U.S. capital base is important for companies, especially large companies striving for global relevance. China’s onshore market is largely retail, with individual investors holding the greatest number of shares. The U.S. market is dominated by institutions, such as mutual funds and ETFs, pensions, insurance companies, hedge funds, and banks. There is a positive reputational impact to having majority institutional holders in addition to other tangible impacts, such as a less volatile stock price (institutions turn over their holdings less frequently than retail investors).

So the threat of increased regulatory oversight is real, and some firms may be delisted. But China-based companies to date still view the benefits of listing in the United States as outweighing the risks. From China’s perspective, it behooves the CCP to reach an agreement with the SEC on cross-country accounting and auditing inspection quickly, if only to keep the cash flowing.

One way some companies have hedged their bets is by having a dual listing. Several of China’s biggest technology giants, including JD.com, Alibaba, and Baidu, are listed both in the United States and in Hong Kong. This way, if U.S. regulators do bar these companies from American exchanges, foreign investors can still access a large, liquid stock exchange in Hong Kong.

While China-based companies may be incentivized to list in the United States, U.S. investors should remain wary.

Information transparency and disclosure integrity of China-based companies are not on par with their U.S. peers, especially for smaller less well-known companies. Even after China allows U.S. regulators to examine audit workpapers, there are no guarantees those workpapers are original or factual.

Take Luckin Coffee, the infamous U.S.-listed coffee chain that collapsed last year due to financial fraud, as an example. The Luckin fraud wasn’t uncovered by its auditors. In fact, its auditor, Ernst & Young, argued that it held no responsibility since the statements and records it received from the company were falsified. So even granting the SEC with workpapers and other company documents to examine wouldn’t have uncovered Luckin’s fraud.

Institutional Investor magazine summed up the collective investor sentiment in this rhetorical question last year: “They’re eager to reap the benefits from investing in China’s enormous market, but can they trust the numbers, the disclosures, and the honesty of China’s companies?”