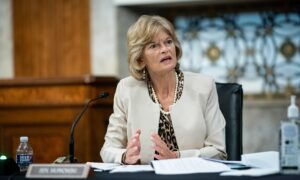 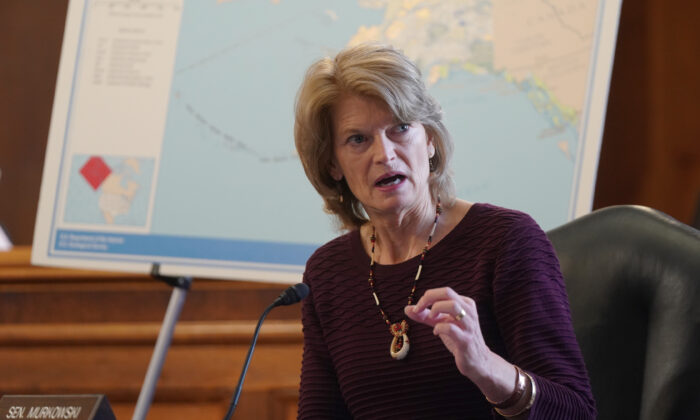 Trump Vows to Campaign Against Sen. Murkowski in 2022

Former President Donald Trump reportedly said on March 6 that he will campaign against Sen. Lisa Murkowski (R-Alaska) in 2022.

“I don’t know where other people will be next year, but I know where I will be—in Alaska campaigning against a … senator,” he said in a statement.

The former president appears to be frustrated with Murkowski’s vote for Rep. Deb Haaland (D-N.M.), President Joe Biden’s pick for secretary of the interior.

“Her vote to advance radical left Democrat Deb Haaland for Secretary of the Interior is yet another example of Murkowski not standing up for Alaska,” the statement reads.

The Epoch Times has reached out to Trump’s and Murkowski’s offices for comment.

The Senate Energy and Natural Resources Committee voted March 4 to approve Haaland, sending her nomination to a Senate floor vote. Murkowski joined the Democrats in the committee to vote for Haaland, a Native American.

Other Republicans on the committee disapproved of Haaland’s nomination mostly because of her stance against fossil fuels. She has previously made comments in opposition to fossil fuel extraction.

If confirmed, Haaland will be in charge of managing federal public lands—including oil and natural gas leasing on public lands. Haaland’s policy stance will likely affect Alaska in a substantial way.

In some of his first actions at the White House, Biden suspended all new leases for oil and gas drilling on public lands and issued an executive order to temporarily halt drilling activity in the Arctic National Wildlife Refuge—a 19-million-acre area on the north Alaskan coast. One of Murkowski’s colleagues in the Senate told reporters that the Alaska senator felt her state was targeted by the Biden administration and she was trying to alert the White House to the impact of Biden’s energy policies on her constituents.

However, Murkowski said she reached out to the White House for communication reasons and denied she was trying to reach a deal with the Biden administration.

“I’m not talking deals, I’m trying to get an understanding from the White House in terms of where they are on certain things and just sharing my views on some of the things that we’re hearing. So: communication,” she told reporters.

Trump’s efforts to unseat Murkowski—who is currently serving her third term—could be a long shot, according to her performance in the 2010 race. She won a write-in campaign after losing a primary to conservative candidate Joe Miller.

Senate Minority Leader Mitch McConnell (R-Ky.) said on March 1 that he will support Murkowski’s reelection despite Trump’s push to remove from office the Republicans who voted against him for the second impeachment.

“Yeah, absolutely,” McConnell answered when he was asked whether the National Republican Senatorial Committee will support Murkowski in 2022.

He also stated that he’s not concerned about whether Trump’s efforts will hurt Murkowski’s chance to be reelected.