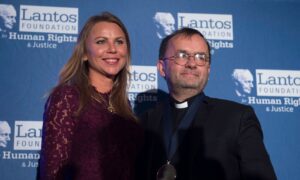 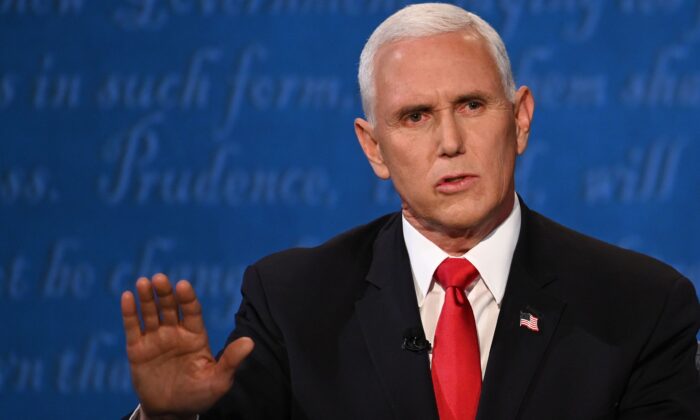 Trump posted the unedited footage of the interview on his social media pages last week, describing Stahl’s interview as biased and rude.

“So what just happened with the president?” Stahl asked Pence after Trump got up and left.

“Lesley, President Trump is a man who speaks his mind. I think it’s one of the great strengths that he’s had as president of the United States that the American people always know where they stand,” Pence responded.

Pence noted that the “American people know that in this time it’s less about the back-and-forth with the media, and it’s really more about how we bring this country all the way back.”

“This was not just a campaign speech to the public. This was supposed to be an interview. And the same with the president,” Stahl told to Pence. “And I feel that you both have insulted ’60 Minutes’ by not answering any of our questions and by giving set campaign speeches that we’ve heard both of you give at rallies.”

Stahl responded, “You didn’t answer any of my questions. You just gave speeches.”

Before the interview, Trump was asked by Stahl if he was ready “for some tough questions.” Trump told her: “Just be fair,” while adding that Stahl and others “don’t ask Biden tough questions,” referring to Democratic nominee Joe Biden.

At one point, toward the end of the Stahl-Trump interview, Trump was asked about a walk-and-talk.

At the end of the interview, Trump told Stahl that she “brought up a lot of subjects that were inappropriate … right from the beginning,” claiming that Stahl misled him when she “set up the interview.” Throughout the interview, Stahl interrupted the president.

“I saw your interview with Joe Biden … it was a joke,” he said, adding that he got questions that were “softball after softball.”

Hours after Trump released the clip on Oct. 22, the Viacom-owned CBS News, in a statement, described Trump’s move to release the interview as an “unprecedented decision.” The broadcaster went on to say that “60 Minutes” will provide its “full, fair and contextual reporting,” while defending Stahl as a journalist with considerable experience.