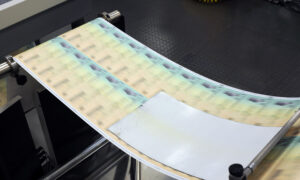 IRS Says It Is Sending Checks, Debit Cards for Parents Who Missed $500 Checks
0 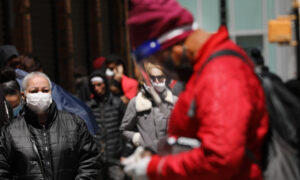 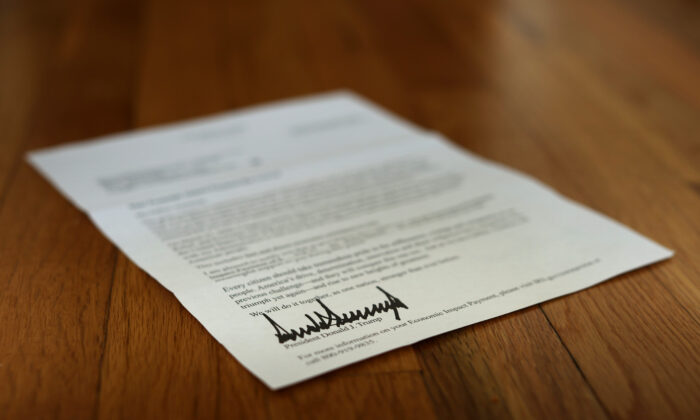 A letter bearing the signature of U.S. President Donald Trump was sent to people who received a CCP virus economic stimulus payment as part of the CARES Act, seen in Washington on April 29, 2020. (Chip Somodevilla/Getty Images)
AMERICA

The Internal Revenue Service (IRS) is set to contact 9 million Americans who haven’t claimed stimulus checks that were largely sent out earlier this year.

While most Americans have received the assistance, some never claimed their checks, under the CARES Act, after they were mailed starting in April.

The agency stated it will begin mailing letters to people who may qualify for the money on Sept. 24, to tell recipients they might be eligible for the stimulus payment. The potential recipients will have to meet certain criteria, however, such as being a citizen or a permanent resident with a valid Social Security number.

IRS officials stressed that time is running out.

“We are releasing this state-by-state information so that state and local leaders and organizations can better understand the size of this population in their communities and assist them in claiming these important payments,” IRS Commissioner Chuck Rettig said in a statement last week. “Time is running out to claim a payment before the deadline.”

Individuals will have to visit the IRS’s website to fill out their information by Oct. 15.

The stimulus payments and checks were directed toward low- and middle-income Americans, providing up to $1,200 for an adult, $2,400 for a couple, and $500 for children.

The chance of more stimulus checks and payments is currently up in the air. Democrats and the White House haven’t been able to come to an agreement on the next stimulus package, and with Supreme Court Justice Ruth Bader Ginsburg’s death, congressional action will likely be focused on President Donald Trump nominating a successor.

Senate Majority Leader Mitch McConnell (R-Ky.) said on Sept. 18 that he would work to push through whoever Trump chooses to nominate, amid Democratic complaints and threats.