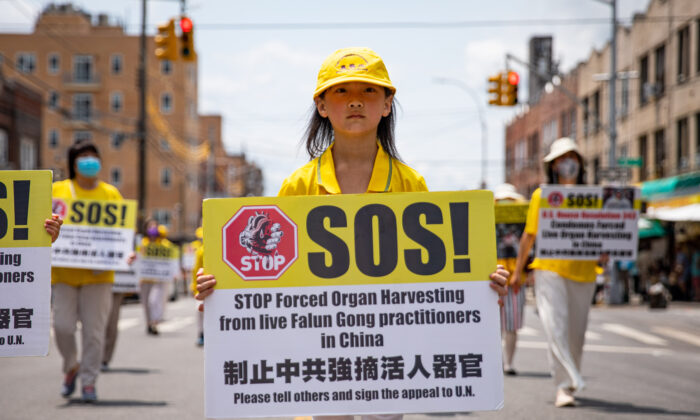 A group of British lawmakers has proposed a change in the law to crack down on the gruesome trade in human organs harvested by the Chinese regime from prisoners of conscience.

The proposed amendment to the Health and Care Bill has been dubbed the “Squid Game” amendment, after the hit Netflix show that includes graphic scenes of organ harvesting.

The amendment names no specific country, but lawmakers made it clear that the aim is to put a dent into China’s forced organ harvesting economy.

The amendment, which has achieved backing from MPs across the political divide, if passed, would ban UK citizens from receiving a transplant abroad when financial gain is involved or without clear consent of the donor.

In June this year, experts from the Office of the United Nations High Commissioner for Human Rights issued a statement saying they were “extremely alarmed” by reports of alleged “forced organ harvesting” by the CCP targeting minorities, “including Falun Gong practitioners, Uighurs, Tibetans, Muslims, and Christians.”

Marie Rimmer, a Labour MP who proposed the “Squid Game” amendment, said: “The forced organ harvesting taking place in China is one of the worst crimes against humanity of the 21st century. Under no circumstances should British citizens be funding it.”

“This amendment will not stop the trade in its entirety, but it will show that Britain is doing our part to end it and that we are on the right side of history,” she said.

The amendment will also change the legislation so that imported cadavers require the same consent as those sourced from within the UK.

Rimmer told NTD, an Epoch Times affiliate, that plastinated bodies of Chinese prisoners had been displayed in exhibitions in Birmingham and London without any indication of consent having been given.

“This is not acceptable,” She said. “It’s just horrendous that this is going on. We have a duty to other human beings, the sanctity of their bodies and resting in peace.”

She told NTD that the amendment has been signed by lawmakers from all political parties in the House of Commons.

Parliament is due to debate and vote on this amendment on Tuesday.

Jane Werrell of NTD contributed to this report.

Correction: A previous version of this article mischaracterised the proposed amendment as being new legislation. The Epoch Times regrets the error.