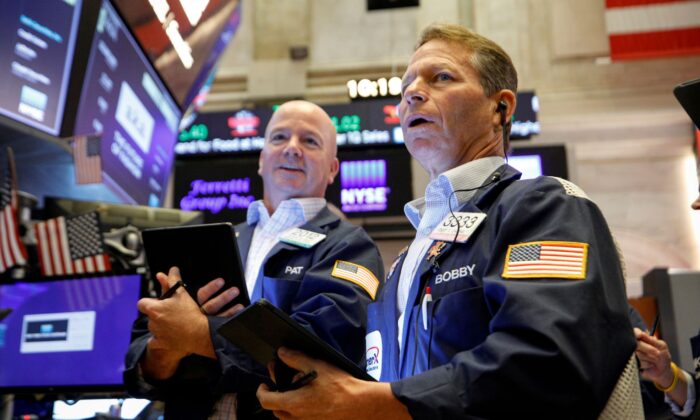 Preparing for a Stagflation Storm

Stagflation, an economic climate in which growth rates are sluggish and inflation is high, requires certain defensive stock market strategies, according to a Florida adviser.

“Now is not the time for a low-cost strategically diversified portfolio. This market is long in the tooth and there are many underlying factors that could cause a correction or pullback,” according to Matt Chancey, an adviser in Tampa. He and other veteran investment professionals warn that stagflation can be brutal.

“I was a teenager and college student during the late ’70s, early ’80s stagflation. It was terrible,” said Mike Whitty, a Chicago adviser, who is cautious.

“I’m anticipating a significant market correction, so I would not go all-in on the stock market right now,” he said.

If stagflation returns, some investments can ease the pain. According to investment advisers, pain relief includes certain bonds that adjust to inflation and some hard assets and tax strategies that take advantage of collapsing stock markets. A defensive strategy includes real estate and commodities, investments, and Treasury inflation-protected securities (TIPS).

“This,” noted Russ Kinnel, a fund industry analyst with Morningstar, “makes Treasury inflation-protected securities and TIPS funds the purest hedges against rising inflation. Other bonds and bond funds are vulnerable to some degree to rising inflation, but TIPS are impervious.”

“Stagflation means we have low/slowing growth and rising rates,” according to Dennis Nolte, an adviser in Winter Park, Florida.

“On the fixed-income side, anything benefiting from higher rates—TIPS and even senior bank loans are best, with shorter duration.”

Another adviser counsels a multi-step approach for potentially difficult times.

Anthony Watson, in Dearborn, Michigan, says to rebalance the portfolio, convert pre-tax assets to a Roth IRA, look for ways to sell losing investments, and reduce taxes by tax-loss harvesting.

“Selling an asset in a taxable account to lock in a loss and then buying a substitute asset to replace the original asset’s intended exposure can help you to offset taxable gains later,” Watson said. He says rebalancing can be done through selling bonds that went up and using the proceeds, through a Roth IRA, to buy stocks that are suddenly a bargain when the stock market turns bearish.

The point of these strategies, advisers say, is at least two-fold: Some bonds and other investments such as commodities and real estate can adjust to inflation. And these investments can be effective in a stagflation environment, they say, because they don’t correlate to the stock market, so they aren’t hurt when it tanks.

Tanking is what the stock market did in the stagflation of the 1970s. That’s when simultaneous high inflation and low growth rates—something many economists who believed in the Phillips Curve had previously said wouldn’t happen—made life miserable for investors and consumers alike.

Prior to the stagflation disasters of the 1970s, many economists believed in the Phillips Curve, which is a concept named after economist A. W. Phillips. In his famous 1958 paper, Phillips examined the trade-off relationship between inflation and unemployment and found that lower unemployment tended to be associated with higher inflation. If one wanted a certain amount of growth, one had to accept a certain level of inflation.

In the stagflation era of the 1970s, however, something peculiar happened: Feeble growth and high inflation happened at the same time. This made problems for many workers seeking jobs because the economy was hardly growing. Many retirees living on fixed incomes also suffered. In their case, their buying power was reduced and some retirement nest eggs were suddenly inadequate.

Stocks were so bad that, in 1979, “Business Week” magazine had a famous cover story that predicted “The Death of Equities [Stocks].”

The inflationary cycle was roughly between 1965 and 1983. The 1970s was the center of the stagflation storm. A slow or no-growth economy combined with high inflation.

Stagflation was a problem that plagued three presidents, Carter, Ford, and Nixon. They tried and failed at various schemes to solve stagflation. These included wage and price controls, whip inflation now (WIN) buttons, and giving a malaise speech. But from speeches to buttons to price controls, nothing worked.

Indeed, in the 1970s, annual inflation was 7.4 percent, but the annual real rate of return of the S&P 500 was minus 1.4, according to SimpleStockInvestor.com. In the succeeding decades, things improved.

Stocks recovered as the inflationary storm finally blew away. Morningstar’s Kinnel says investors shouldn’t sell all stocks owing to recent inflation spikes. That’s because he argues stocks perform best of all the investment categories over the long run. Although Kinnel isn’t sure we’ll repeat a long-term period of high inflation, he agrees short-term numbers have spiked.

Earlier this month, the Consumer Price Index was reported to increase 0.4 percent in September, up 5.4 percent per year from year-ago levels. Annual inflation, over the past century, has averaged about 3 percent per year, according to the Federal Reserve.

Still, the 1970s stagflation era blew out those historic long-term averages. It was a bad time both for investors and consumers. That’s why many older Americans who lived through it are horrified by its possible return.

The 1970s and part of the 1980s were periods of sluggish growth combined with double-digit inflation. Interest rates peaked in the low 20s. That killed industries dependent on borrowed money, such as housing and cars.

Some young advisers who never lived through it, he says, might not understand what the most effective ways of beating this unusual economic and investment problem would be.

“The advisers you currently work with might not be familiar or have a business model conflict that prevents them from offering these solutions to you,” Chancey cautioned. “It’s like trying to buy a pizza at a burger place, it’s just not what they do.”