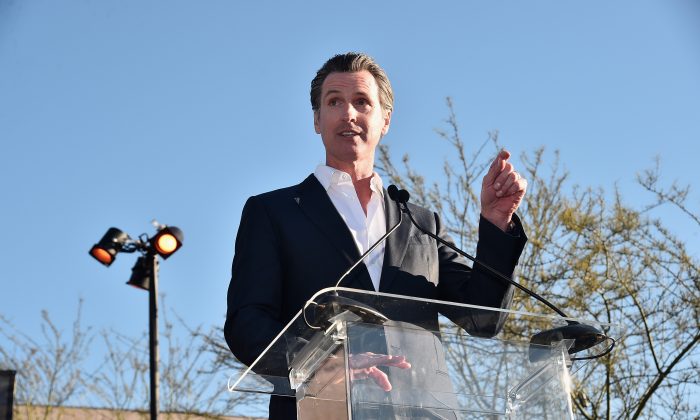 The petition to recall California Gov. Gavin Newsom cleared its final hurdle on June 23, with confirmation from the state’s top election official that enough signatures remained after voters had been given a chance to withdraw support for the petition.

California Secretary of State Shirley Weber said 43 signatures have been withdrawn during a supplemental signature withdrawal period, leaving 1,719,900 verified signatures, which still meets the threshold to initiate a recall election.

The Joint Legislative Budget Committee will have 30 days to review and comment on the petition, after which Weber would be responsible for issuing the final certification as to the sufficiency of the number of votes to initiate a recall.

Newsom has faced intense criticism for flouting his own pandemic lockdown rules by dining maskless at a Michelin-starred restaurant. California has some of the highest taxes in the nation and a homelessness problem that is spiraling out of control, among other issues, and since 2000, the state has ranked near the bottom in terms of overall freedom on the Cato Institute’s “Freedom in the 50 States” index.

On June 23, an investigative report by CapRadio showed that Newsom had misled the public about his wildfire prevention efforts. The report concluded that Newsom overstated by 690 percent the number of acres treated with firebreaks and prescribed burns. Newsom said fire prevention work was conducted on 90,000 acres, but the state’s own figures peg the number at 11,399, according to the report.

The election could be held as early as August or as late as November this year.

The recall petition against Newsom is only the second to succeed against a governor in the state’s history. While every governor since 1960 has faced a formal recall petition, the only petition with enough signatures to trigger an election was the one against Gov. Gray Davis (D), who was, in the end, replaced by actor Arnold Schwarzenegger.