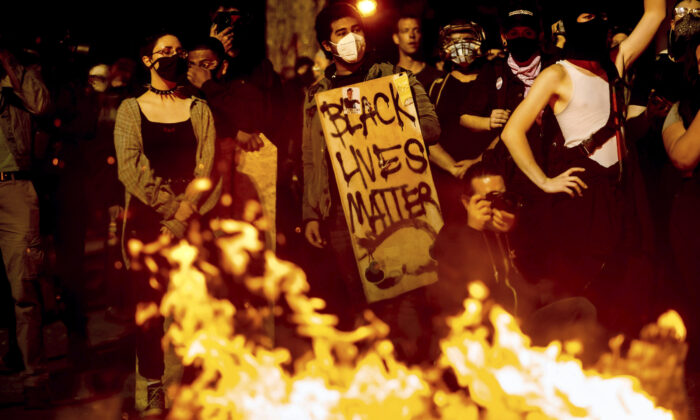 Mothers of Tamir Rice, Breonna Taylor Criticize Black Lives Matter: ‘Benefitting Off the Blood of Our Loved Ones’

The mothers of several people whose names have been invoked by Black Lives Matter activists panned the group’s co-founder, Patrisse Cullors, for benefitting “off the blood” of their family members.

Cullors announced last week that she would be departing the organization, coming after reports disclosed her finances and real estate holdings.

“They are benefiting off the blood of our loved ones, and they won’t even talk to us,” Samaria Rice, the mother of a 12-year-old boy, Tamir Rice, who was shot by police in Cleveland, told the New York Post.

Rice added that she contacted Black Lives Matter to help in re-opening a federal investigation into her son’s death in 2014, exchanging several emails with Cullors years ago before nothing came of it.

“I don’t believe she is going anywhere,” Rice said of the BLM co-founder. “It’s all a facade,” she continued. “She’s only saying that to get the heat off her right now.”

“Now she doesn’t have to show her accountability,” Simpson, 52, told the newspaper in reference to Cullors’ move to leave the organization. “She can just take the money and run.”

In an interview with The Associated Press, Cullors said that recent criticism and reports about her finances were not the reason why she’s leaving Black Lives Matter, saying she wants to focus on other endeavors including a book and a TV deal with Warner Bros.

What’s more, Cullors—who previously called herself a “trained Marxist” and has praised Chinese Communist Party founder Mao Zedong—alleged that the articles about the multiple homes she owns that are reportedly worth millions of dollars are part of a “right-wing” smear campaign. The Epoch Times has contacted Black Lives Matter for comment.

But, according to Simpson, Black Lives Matter raised $5,000 for her son’s funeral and she never received any of the money.

“We never hired them to be the representatives in the fight for justice for our dead loved ones murdered by the police,” their statement said, the Post reported. “The ‘activists’ have events in our cities and have not given us anything substantial for using our loved ones’ images and names on their flyers. We don’t want or need y’all parading in the streets accumulating donations, platforms, movie deals, etc. off the death of our loved ones, while the families and communities are left clueless and broken.”

“I could walk in a room full of people who claim to be here for Breonna’s family who don’t even know who I am,” Tamika Palmer said in the since-deleted Facebook post. “I’ve watched y’all raise money on behalf of Breonna’s family who has never done a damn thing for us nor have we needed it or asked so talk about fraud. It’s amazing how many people have lost focus.”