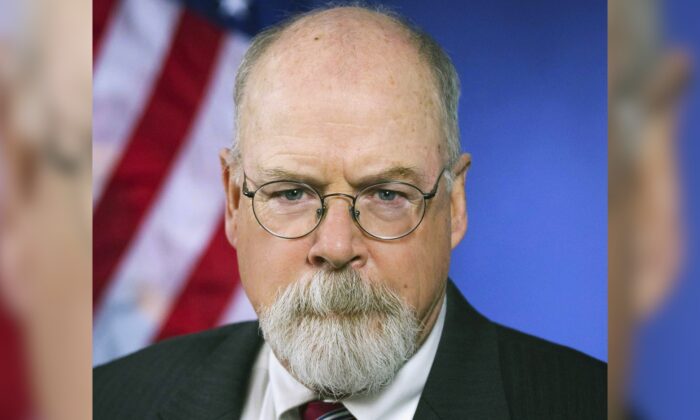 Now, stories in The Wall Street Journal and The Washington Post say Durham may be looking to make criminal charges against “lower-level FBI agents,” as well as outside sources who passed false information to federal law enforcement.

If that’s accurate, the latter category could include political operatives, foreign spies, big-name Beltway lawyers, journalists, and computer experts. But current and former government officials say the reports seem intended to shape the narrative on behalf of those Durham may really have in his crosshairs—senior FBI officials, including former Acting Director Andrew McCabe.

Since the November election, I’ve expressed skepticism regarding Durham’s investigation. Without Durham’s former boss, Attorney General William Barr, holding anyone accountable before the 2020 vote, there was nothing stopping the FBI and other federal agencies from continuing to interfere in elections on behalf of their preferred candidates. There was also nothing ensuring that Durham would be allowed to continue his probe with a Trump loss.

With Durham now working under the auspices of President Joe Biden’s Justice Department, his ability to make his findings public, never mind bringing charges, might be limited. According to the reports, Durham’s witnesses want Attorney General Merrick Garland to shut him down. And the president likely concurs.

Biden was the No. 2 official in an administration that spied on a presidential campaign and then Trump’s transition team. He offered advice on how to frame Trump’s national security adviser Lt. Gen. Michael Flynn. Even a man in cognitive decline as Biden appears to be would see that allowing his co-conspirators to be exposed to legal risk might tempt them to detail his role in full.

And if he crosses the FBI, the president isn’t the only Biden family member who might regret it. Recent reports show that the bureau protected his son Hunter by burying evidence not only of his financial relationships with corrupt foreign officials, but also of a possible blackmail scheme targeting him with the purpose of compromising U.S. national security.

Should Biden fail to protect the FBI from Durham, the FBI might stop shielding his son from the law.

And yet Durham is clearly making headway or else sources wouldn’t be leaking their concerns to the press.

“Without a doubt, the sources for these stories are present or past FBI officials who are trying to pre-emptively downplay what Durham has,” said one senior congressional aide. “Leaking ahead of bad Russiagate news to bend the narrative their way is their MO. The same FBI leakers did the same thing before the DOJ inspector general’s report on FISA abuse came out,” said the aide, referring to the December 2019 account of how the FBI deceived a secret court to obtain a Foreign Intelligence Surveillance Act warrant to spy on the Trump campaign.

According to the current round of leaks, Durham prosecutors “have focused on people outside the FBI who provided information that helped fuel the 2016 investigation.” That includes both those who passed information directly to the FBI and, writes the Journal, those who “passed it on to others who later shared it with the FBI.”

That’s a broad category with a long list attached, implicating famous and infamous Washington political personalities as well as Christopher Steele, the British ex-spy who put his name to a dossier of falsified reports alleging Trump’s ties to Russian officials.

The list would also include Steele’s clients, Glenn Simpson and Peter Fritsch, co-founders of Fusion GPS, the Washington firm hired by the Hillary Clinton campaign to smear the 2016 Republican candidate. Another Fusion contractor, Nellie Ohr, would also be on that list—she passed information to her husband, Justice Department lawyer Bruce Ohr, who relayed it to the FBI. Having served as an intermediary for the FBI and Steele and Simpson as well, he, too, would be under the spotlight.

Lots of Clinton allies would be on the hot seat. Campaign lawyer Michael Sussmann passed information to FBI general counsel James Baker regarding a clandestine link between computer servers for the Trump Organization and Alfa Bank, a Russian financial institution. The FBI investigated the tip and found nothing. Durham called the cyber-experts who first made the claims about the so-called secret server hookup to testify.

Others in the Clinton circle who would be on the list include Mrs. Clinton’s counselor Sidney Blumenthal, who played relay man for a second dossier falsely alleging Trump was compromised by Russia. Those reports were written by another Clinton hand, Cody Shearer, and passed by Blumenthal to State Department official Jonathan Winer, who relayed the false information to the FBI through Steele.

And there’s Stefan Halper, the longtime Beltway political operative whom the FBI employed as a confidential human source. He falsely alleged that Flynn had been compromised in a Russian honeypot operation. Former CIA Director John Brennan would be a big catch. In 2017 congressional testimony, he boasted that the information and intelligence he shared with the bureau served as “the basis” of the FBI’s Trump–Russia investigation. While Durham interviewed him for eight hours last summer, Brennan’s spokesman said the former spymaster wasn’t a suspect or a target.

A name that keeps popping up in news reports is Steele’s so-called primary sub-source, Igor Danchenko. The former Brookings Institution researcher told the FBI that his information regarding Trump’s Russia connections came from several sources inside Russia. But five Russian nationals whom Danchenko claimed as sources recently signed affidavits swearing that they didn’t provide him with any information found in the Clinton-funded dossier. So it seems certain Danchenko lied to the FBI.

And that was always the FBI’s second parachute. Danchenko was set up from the outset to be the fall guy. On the front end, he helped credential the dossier to make it look genuine if the FISA court started asking questions: Steele’s primary sub-source for the Trump information was a real Russian who had real Russian sources. And if the FBI’s plot was discovered, they’d claim they weren’t criminal, just incompetent—they got fooled by “Russian disinformation,” i.e., Danchenko’s information.

It seems the leakers have positioned him to play the sap here, too. The message they’re sending is that the probe will stop at Danchenko and maybe some other low-hanging fruit but everyone else is in the clear—Clinton lieutenants, spies, and especially the senior FBI officials who drove the operation. Otherwise, it will amount to a grossly politicized effort to target the opponents of the former president.

It’s not hard to see the FBI’s angle.

“I doubt the investigation is only about people who lied to the FBI,” said Kash Patel, the former national security prosecutor who led Rep. Devin Nunes’s (R-Calif.) investigation into the FBI’s Trump–Russia probe. “It’s not like the FBI suddenly realized they had a bunch of losers who were lying to them. The FBI knew they were lying. Our investigation proved that the FBI knew that the credibility of their sources was zero.”

The Durham investigation is almost certainly about the senior FBI officials who staged the lies.

“They basically forged a FISA warrant and took it to a federal judge to spy on the Trump campaign,” Patel said. “I’d be looking at Lisa Page, Peter Strzok, and Andrew McCabe,” referring to the FBI cell that managed the anti-Trump plot.

Patel notes that McCabe lied about leaking to the media regarding the investigation into Hillary Clinton’s emails.

“And he got caught by the inspector general,” Patel said. “Why wouldn’t they do the same thing here? The stories coming out now are in publications the FBI used in the past to deflect away from their own corruption.”

If Durham does come down on the FBI, we’ll see the media take over the narrative and drive it against him. Prestige press organizations will do anything to protect their sources, especially if they’re dirty cops who pushed an illegal espionage operation against a president they didn’t like.