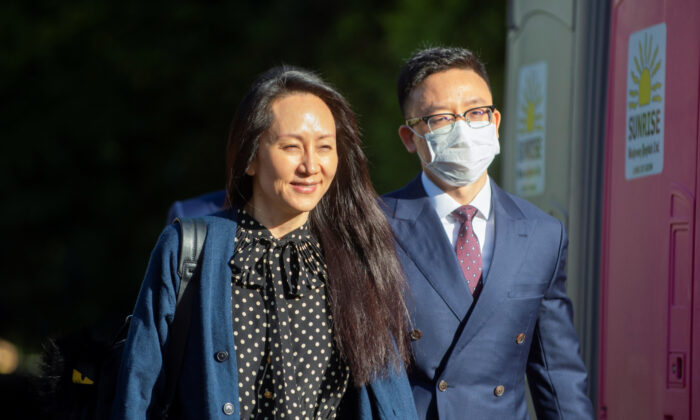 NEW YORK—Huawei executive Meng Wanzhou has reached a deferred prosecution agreement with the United States that would allow her to return to China nearly three years after her arrest and detention in Canada, a U.S. prosecutor said before a Brooklyn district court on Sept. 24.

Under the agreement, the government would put the prosecution on hold until December 2022 and drop the case altogether if the defendant complies with specified conditions in the agreement, according to Assistant U.S. Attorney David Kessler.

Meng would be able to leave Canada on Dec. 1 next year, Kessler said.

Meng, the chief financial officer for the Chinese telecom giant and daughter of the company’s founder, was arrested at Vancouver International Airport in December 2018 at the request of the United States. U.S. prosecutors accused her of involvement in a scheme to use the global banking system to evade U.S. sanctions on Iran.

Meng, while appearing virtually at a Brooklyn federal court, pleaded not guilty to charges relating to bank and wire fraud. She agreed to a four-page statement of facts admitting to concealing Huawei’s business operations in Iran through a shell company.

Donnelly signed off on a personal recognizance bond granting Meng’s freedom. The United States plans to withdraw its request to Canada for her extradition, Kessler said.

Dressed in a black polka dot dress before attending a separate remote court hearing in Vancouver the same day, Meng, who had been largely expressionless in public appearances, seemed upbeat with a smile on her face.

The 49-year-old is at the center of a trilateral dispute between China, Canada, and the United States. China had summoned the U.S. ambassador over Meng and warned Canada of “grave consequences” if she was not released.

Shortly after Meng’s arrest in 2019, Chinese authorities detained two Canadians and accused them of spying—a move widely seen as a tactic often used by Beijing known as “hostage diplomacy.”

A Chinese court last month sentenced one of the Canadians, businessman Michael Spavor, to 11 years in prison. The other, diplomat, Michael Kovrig, sat through a closed-door trial in March, with the verdict moved to an unspecified date.

Meng has maintained her innocence and has been fighting her extradition while confined to her six-bedroom home, where she was monitored by private security 24/7 as part of her bail agreement.

Huawei, a major 5G network supplier, was placed on a U.S. trade blacklist in 2019 over national security concerns and human rights violations. The sanctions have restricted its access to critical U.S. technologies and crippled the firm’s smartphone business, resulting in its steepest drop in revenue in the first half of 2021. The embattled firm has attempted new ventures such as smart pig farming, mining, car sales, and cosmetics to make up for the loss.

A judicial hearing for Meng’s extradition case in Vancouver is set for Oct. 21.