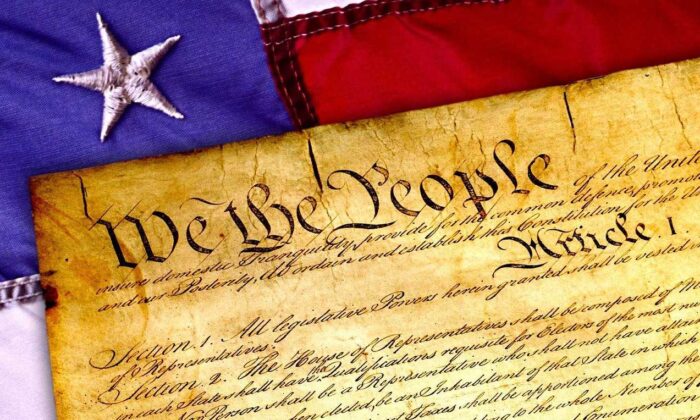 Florida County Citizens Demand Bill of Rights Sanctuary Ordinance: ‘Have the Courage to Do What Is Right’

In a contentious three to two vote, the Collier County Board of County Commissioners (CCBOCC) agreed on June 22 to postpone the vote on a proposed ordinance that would establish Collier County as a Bill of Rights sanctuary. However, even after the county sheriff, one state representative, a United States congressman, and a parade of determined citizens demanded that the CCBOCC “have the courage to do what is right,” two board members seemed more concerned about personal liability than supporting the will of their constituents.

Of the 67 counties in the state of Florida, 42 have already adopted Second Amendment sanctuary resolutions. However, Collier County may be the first to pass an ordinance protecting all freedoms outlined in the Bill of Rights.

The difference between a resolution and an ordinance is what caused concern among three board members. Where a resolution deals with matters of a unique or temporary nature and expresses an opinion of a policy or item of business, an ordinance establishes law that bears legal penalties and remains in force until the ordinance is repealed by another ordinance.

“It scares me that the First Amendment is okay for some but not for all,” recent high school graduate Jacob Wagganer told the board, sharing that his grandparents emigrated from Fidel Castro’s Cuba. “That’s my biggest problem, especially for conservatives in the era of cancel culture. It’s really scary what’s going on in this country.”

“You as our representatives must have the courage to do what is right,” Alexandra Sulecki advised the board, producing an additional 231 petitions she brought in support of the ordinance. “If you don’t have the courage to affirm the Bill of Rights, our foundational document, then I would recommend to your constituents that at the first possible moment, they replace you with someone who does.”

Model, actress, writer, and Collier County resident Victoria Redstall stood before the board to share how she had been “completely canceled on Facebook” because she is a strong conservative Republican who supports Donald Trump and law enforcement.

Carol Depalo, community programs director for the Coalition to Save Hempstead Harbor and founder of the Joey DiPaolo AIDS Foundation, spoke of how the federal government is violating HIPAA laws by forcing citizens to get vaccinated or explain what medical condition they have to justify non-compliance.

The Sheriff and Congressmen Speak

Making a surprise appearance, Rep. Byron Donalds (R-Fla.) was the first to approach the podium. Donalds, who calls Collier County home, had made special arrangements to attend the meeting. However, because he had to catch a flight back to Washington, the board allowed him to make his comments regarding the ordinance early.

“I will tell you,” Donalds warned of what he sees daily in our nation’s capitol, “those on this [Republican] side of the political aisle are constantly forced to deal with legislative pushes that seek to undermine various aspects of the Bill of Rights.”

He spoke of the rancor and disconnect he observes on Capitol Hill, which “goes past the simple arguments about Second Amendment rights.”

“It goes much further,” he assured, “and these are not just talking points and speeches at rallies. These are legislative ideas that are coming from the other side of the aisle.

“I hope you’ll consider it fairly,” he pleaded, imploring them not “to make this about politics.

“Look at this with clear eyes and make the proper determination,” he advised. “I believe you are well within your rights in your authority here as commissioners for our county to uphold the rights of the people who live here.”

“The Constitution very clearly designates the powers entrusted to the government by the consent of the people,” Collier County Sheriff Kevin Rambosk reminded the board. “By virtue of my duties and responsibilities as Sheriff, I recommend supporting this ordinance.”

“The Tenth Amendment to the Constitution reserves power to the states and to the people,” Kim Timm, legislative assistant to Florida Rep. Bob Rommel read from a prepared statement from the congressman. “The passage of this ordinance will show that Florida and Collier County will always defend the U.S. Constitution and the citizens of Florida from the overreach of the federal government. For this very reason, I fully support this ordinance.”

No Clapping or Cheering

When the meeting began at 9 a.m., a mood of contention was immediately established when CCBOCC Chair Penny Taylor interrupted the first speaker to warn those in attendance she would not tolerate “any clapping or cheering.” She even threatened to have anyone who did clap removed from the room, a threat she later denied making.

When a few attendees later clapped approval to the remarks of a fellow citizen, Taylor again interrupted the proceedings to lecture everyone on how clapping only delayed the proceedings. When Taylor heard quiet applause for a third time, she immediately gaveled the meeting for a 10-minute recess.

When the meeting reconvened, a heated debate ensued. Vice Chairman William McDaniel reminded Taylor this was a public meeting, saying the audience was not being “disrespectful” or “disruptive,” and he advised that her “time out process” wasted more time than their occasional applause.

Commissioner Burt Saunders asked the frustrated citizens to “calm down,” insisting the board was not “trying to keep people from expressing their views,” but rather trying to maintain decorum.

“I’d just like it to proceed,” Taylor interjected, appearing to be offended that her authority had been challenged. While she insisted she was anxious to “hear from everyone,” she reiterated that she didn’t want to hear anyone clapping.

“I’ve asked that we don’t applaud,” she ordered again. “It’s disruptive, and that’s what I would like.”

To that, the citizens applauded.

‘We Could All Be Sued’

Among the three CCBOCC members who expressed reservations with the ordinance “as is,” Commissioner Andy Solis (District 2) was the strongest holdout.

However, no matter how many times McDaniel attempted to explain that the Constitution clearly outlines what is and is not constitutional, and that the sheriff—and the sheriff’s attorneys—believed the ordinance was sound, Solis refused to support the measure as written.

“Let’s say there’s federal legislation,” Solis hypothesized, suggesting that something they followed today was found to be unconstitutional “three years from now.”

“The way this is written,” he determined, “we could all be sued for that.”

While Commissioner Saunders said he still needed some clarification on a few matters, Solis and Taylor were the only two commissioners to vote against the measure.

However, following the extended debate amongst the commissioners on whether or not to approve the ordinance, it was unclear what happened when the board concluded the meeting with a vote of three to two.

As Commissioner Rick LoCastro explained to The Epoch Times, the board essentially voted to forward the questions and concerns held by Solis, Taylor, and Saunders to the sheriff and the sponsors of the ordinance for clarification.

LoCastro, who served 24 years in the United States Air Force and fought to defend the rights enjoyed by Americans, was one of the strongest advocates for the ordinance.

“It only needs a three to two vote,” LoCostro assured. “Because we didn’t vote on it, it’s still alive.”