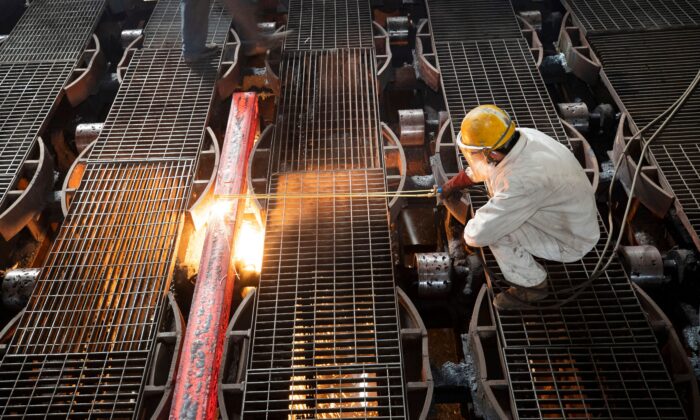 The latest data released by China’s National Bureau of Statistics (NBS) on Sept. 15 show a 5.3 percent rise in industrial production from 2020, 1 percent lower compared to the increase in July.

China’s retail sales rose by 2.5 percent year-on-year in August—a creeping increase compared with an 8.5 percent gain a month earlier and the lowest rate since August 2020.

China’s sluggish recovery over the past few months could be due to supply chain bottlenecks, semiconductor shortages, curbs on high-polluting industries, and a clampdown on property investment within the country. China’s services activity slumped into contraction in August, a private-sector survey showed.

China’s vehicle sales dropped by 17.8 percent in August from a year earlier, falling for a fourth consecutive month, due to a global chip crisis. The market regulator fined three auto chip dealers on Sept. 10 for price increases.

Yet the year-on-year increase of China’s raw material prices is another driving force that was holding back producers, he told The Epoch Times on Sept. 15, noting the fact that the selling prices failed to go up in response.

“The production profits of enterprises fell immediately and many even suffered losses,” Leng said. “More companies end up cutting production or closing down.”