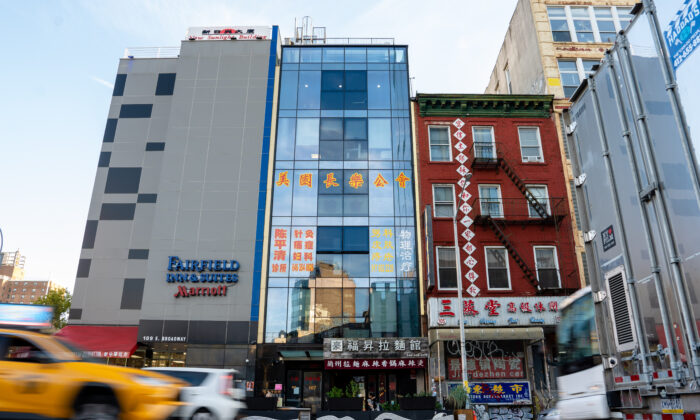 The Chinese Communist Party (CCP) is violating the sovereignty of the United States through the creation of secret police stations on U.S. soil, according to FBI Director Christopher Wray.

“I’m very concerned about this,” Wray said during a Nov. 17 hearing of the Senate Homeland Security and Governmental Affairs Committee. “We are aware of the existence of these stations.”

“I have to be careful about discussing our specific investigative work, but to me it is outrageous to think that the Chinese police would attempt to set up shop—you know, in New York let’s say—without proper coordination. It violates sovereignty and circumvents standard judicial and law enforcement cooperation processes.”

Wray’s comments focused on the creation of China’s so-called “service stations,” which effectively act as overseas police stations for the CCP, which rules China as a single-party state.

The overseas police stations ostensibly serve administrative purposes normally entrusted to an embassy, including assisting Chinese immigrants with renewing driver’s licenses without having to leave the country.

But a September report by the nongovernmental organization Safeguard Defenders revealed that these stations also serve more sinister purposes, such as tracking down, arresting, and extraditing people wanted by the CCP, including dissidents against the regime and its leader Xi Jinping.

Wray refrained from commenting on the legality of such outposts, but said that they were part of the CCP regime’s campaign of global transnational repression. Relatedly, the Netherlands previously closed two such stations for illegally conducting Beijing’s campaign to repatriate critics of the regime back to China to be imprisoned. Likewise, Ireland shut down two similar operations in October for illegally acting on behalf of a foreign state.

“The reason this is so important is because we have seen a clear pattern of the Chinese government, the Chinese Communist Party, exporting their repression right here into the U.S.,” Wray said.

“We have seen plenty of situations … where the Chinese government, under the pretext of going after corruption, have essentially used that as a vehicle to surveil. We’ve had situations where they’ve planted bugs inside Americans’ cars.”

Wray explained that Chinese communist intelligence agents, acting both in person and through proxies hired in America, systematically engaged in “harassing, stalking, surveilling, blackmailing people who they just don’t like or who disagree with the Xi regime.”

“It’s a real problem and it’s something that we’re talking with our foreign partners about as well, because we’re not the only country where this has occurred,” Wray said.

While Wray did not comment on the future of the outpost in New York City or what the FBI’s current investigations into it had revealed, he warned that Chinese immigrants and visitors to the United States needed to be wary of the existence of such stations and immediately report any efforts made by such a station to surveil or detain them.

“This is something we’re trying to call out and it’s important that Chinese Americans and Chinese dissidents who are here know to call the FBI to report when they think they may have been been targeted with this conduct,” Wray said.

“I’m deeply concerned about this and I’m not going to just let it lie,” he said.