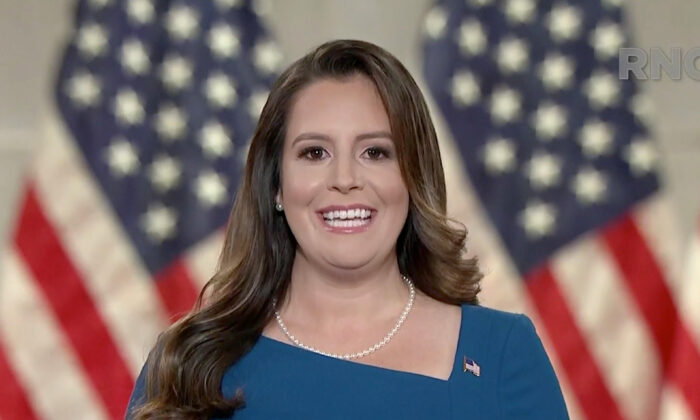 Women Raised More Money, Won More Elections in 2020 Than Ever Before

Women in both major political parties set records for raising money in political campaigns in 2020 en route to winning the most congressional seats ever held by women.

That’s according to a joint study released Dec. 21 by the Center for Responsive Politics (CRP) and the National Institute on Money in Politics (NIMP), led by Republicans who made “record gains” in Congress.

“Women broke barriers in the 2020 elections, both at the ballot box and as political donors. Unprecedented numbers of women ran for office and won their races,” the two groups reported in a joint post on their respective websites, opensecrets.org and followthemoney.org.

“Come January, Congress and many state legislatures will become more representative of the nation as a whole, with women holding more seats than ever before. And in both state and federal races, women raised more money than in any prior cycle,” the post stated.

Among the findings of the analysis that looked back at the number of women seeking public office, how much they each raised in campaign contributions and how many votes they received in 2016, 2018, and 2020 were these:

While the gains by women in Congress, especially the election of 13 freshmen Republicans to the House of Representatives, were significant, the state-level impact was even greater, according to the study.

“While the prominence of women in high profile congressional races has risen over the past few cycles, state-level contests across the country have also seen a significant uptick in women candidates,” the joint post said.

“With each presidential election cycle since 2012, women made up a larger and larger share of gubernatorial and state legislative candidates. Between 2016 and 2020, the percentage of women candidates saw its largest jump, from 25 percent to 32 percent.”

The highest share of women candidates at 34 percent came in the 2018 campaign cycle, according to NIMP. That was the highest percentage ever recorded. The figure for the year 2000 was 24 percent.

“Two states—Nevada (49 percent) and New Mexico (44 percent)—came close to reaching gender parity among candidates. The two states with the lowest proportion of women candidates in 2020 were South Carolina (23 percent) and West Virginia (18 percent).”

The gains were especially significant among Republican women, whose ranks will be nearly doubled over the 116th Congress when the 117th convenes the first week of January. The GOP women’s ranks will go from 13 to 29 in the present House of Representatives.

“GOP groups such as Winning for Women and Rep. Elise Stefanik’s E-PAC ramped up their recruiting efforts after the 2018 midterms saw the number of Republican women in the House drop to its lowest in decades,” the post said.

“The results were fruitful. Republican women such as Nancy Mace of South Carolina, Michelle Fischbach of Minnesota, and Stephanie Bice of Oklahoma prevailed in some of the most expensive House races in the nation.”

The numbers on fundraising also were significant. The joint study found that women on average outraised men in congressional contests and fell just short of matching men in state legislative races.

For Senate races, the average amount raised overall by women candidates was $6.2 million, compared to $5.8 million for men.