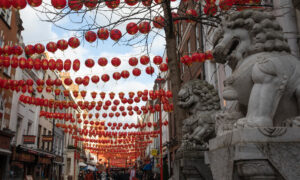 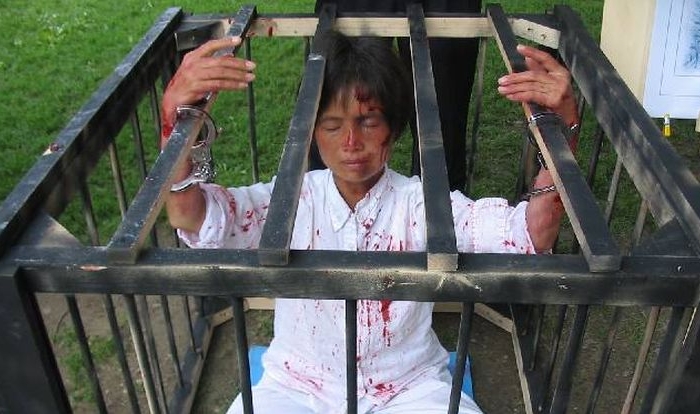 A re-enactment of a torture method used on Falun Gong practitioners by the Chinese Communist Party. (Courtesy of Minghui)
China Human Rights

Woman in China Imprisoned for the Third Time for Her Belief

The Chinese regime has sentenced a woman to two-and-a-half years in prison for practicing the spiritual discipline Falun Gong—marking the third time the woman has been imprisoned over her faith.

Cumulatively, the woman had already spent more than a decade in prison since 2007, according to Minghui.org, a U.S.-based website that reports on the persecution of Falun Gong in China.

Wang Suzhen, a 59-year-old from Liaoyang City of northeastern China’s Liaoning Province, was sentenced last December to serve two-and-a-half years in Liaoning Provincial Women’s Prison. By the time of sentencing, she had already been detained for one year and five months at Liaoning Detention Center, the website said.

Wang was previously sentenced to five years in prison in 2007. Two years after she was released in 2014, she was again sentenced to four years imprisonment for practicing Falun Gong.

Falun Gong, also known as Falun Dafa, is a spiritual discipline originating in China based on Buddhist traditions. It includes meditative exercises and moral teachings grounded in the core tenets of truthfulness, compassion, and tolerance. Due to its surging popularity in the 1990s, the Chinese Communist Party (CCP) initiated a crackdown to eliminate the practice in 1999. Since then, adherents have been targets of expansive persecution campaigns involving detention, forced labor, brainwashing, torture, and organ harvesting.

Wang, like many other practitioners, was subject to torture while imprisoned. In January 2008, while incarcerated at the eighth prison district of Liaoning Women’s Prison, a prison guard beat Wang with a wooden stick and shocked her with an electric baton, in an attempt to force her to give up her faith.

A common tactic used on the Falun Gong practitioners at the prison was to deny them sleep or the use of restroom, reported Minghui.org. Wang was brutally beaten by a prisoner for going to the restroom, resulting in her front teeth being knocked loose. The teeth fell out afterward.

In 2016 while serving her second sentence at Liaoning Provincial Women’s Prison, Wang suffered a blood vessel rupture in her brain and was sent to the hospital for emergency treatment, according to Minghui. When her family went to visit her in hospital, Wang was still handcuffed and was guarded by four prison officers. The guards asked the family members for medical expenses and threatened to stop her medication if the family refused to pay.