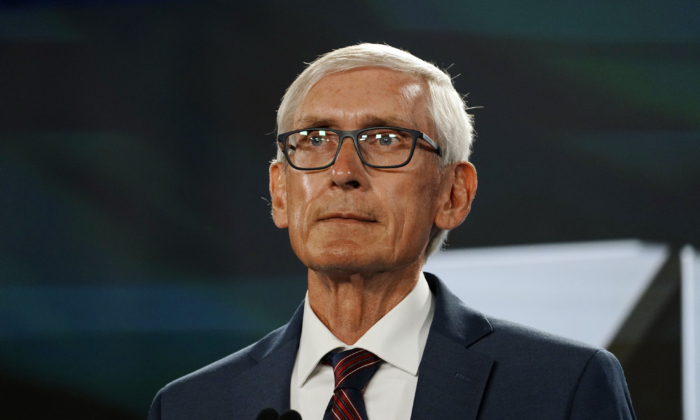 “The question in this case is not whether the Governor acted wisely; it is whether he acted lawfully. We conclude he did not,” Justice Brian Hagedorn wrote in the opinion.

Jeré Fabick of the Heartland Institute sued Evers over the second and third declarations, asserting they were unlawful; four justices agreed.

Wisconsin law specifies that no state of emergency may last longer than 60 days unless the state legislature extends it through a joint resolution. The governor didn’t obtain legislative approval for his extensions and explicitly went against lawmakers in February.

“These are clear statutory commands, plainly stated. They compel the conclusion that the legislature enacted Wis. Stat. § 323.10’s time-limiting language to meaningfully constrain the governor’s authority to govern by emergency order,” the majority wrote.

The state Supreme Court had already struck down Evers’s stay-at-home order, ruling that the Wisconsin health secretary didn’t have the authority to issue the mandate. He later issued a stay-at-home advisory. A state appeals court later last year put a hold on the governor’s capacity limits in indoor businesses such as bars.

In a statement on March 31 after the new decision, Evers wrote: “Since the beginning of this pandemic, I’ve worked to keep Wisconsinites healthy and safe, and I’ve trusted the science and public health experts to guide our decision making. Our fight against COVID-19 isn’t over—while we work to get folks vaccinated as quickly as we can, we know wearing a mask saves lives, and we still need Wisconsinites to mask up so we can beat this virus and bounce back from this pandemic.”

Fabick in an emailed statement to The Epoch Times said: “Today’s decision by the Wisconsin Supreme Court was a victory for the rule of law and the separation of powers. This case was never about partisan politics or masks. Instead, this challenge was brought to ensure that the Governor exercise his emergency powers lawfully, something of interest to all citizens of Wisconsin. A Governor is simply not permitted to continue declaring a state of emergency without legislative approval. This case ensures that future Governors—regardless of party and regardless of the reason—must comply with the limits conferred on them by the emergency powers statute and must seek approval from the Legislature to extend a state of emergency declaration.”

State Senate Majority Leader Devin LeMahieu said in a statement: “Today’s ruling vindicates the Legislature as a co-equal branch of government and will expand freedom and opportunity for the people of Wisconsin. As we work to fully and safely reopen our state, we trust our residents to follow CDC guidelines when appropriate, get vaccinated when ready, and always employ common sense.”

Assembly Majority Leader Jim Steineke said the ruling “only validates what we’ve known all along—Governor Evers has been using his office to break the law for months.”

But Assembly Minority Leader Gordon Hintz said in a statement that the justices “got it 100% backwards today.”

“The majority’s decision pretends that a pandemic is unchanging and ignores the devastating human impact of COVID-19,” he said. “This ruling ensures that Wisconsin’s response to future pandemics will be more complicated and take more time, which in turn will cost more lives. Politics should have no place in responding to a public health emergency.”

Writing for the three justices who ruled for Evers, Justice Ann Walsh Bradley said in a dissenting opinion that the worldwide pandemic heightens the stakes in the case.

“And with the stakes so high, the majority not only arrives at erroneous conclusions, but it also obscures the consequence of its decision,” she wrote. “Unfortunately, the ultimate consequence of the majority’s decision is that it places yet another roadblock to an effective governmental response to COVID-19, further jeopardizing the health and lives of the people of Wisconsin.”